Bag with logo of weapons, ‘Fakhr-e-Kashmir’ creates panic in Poonch 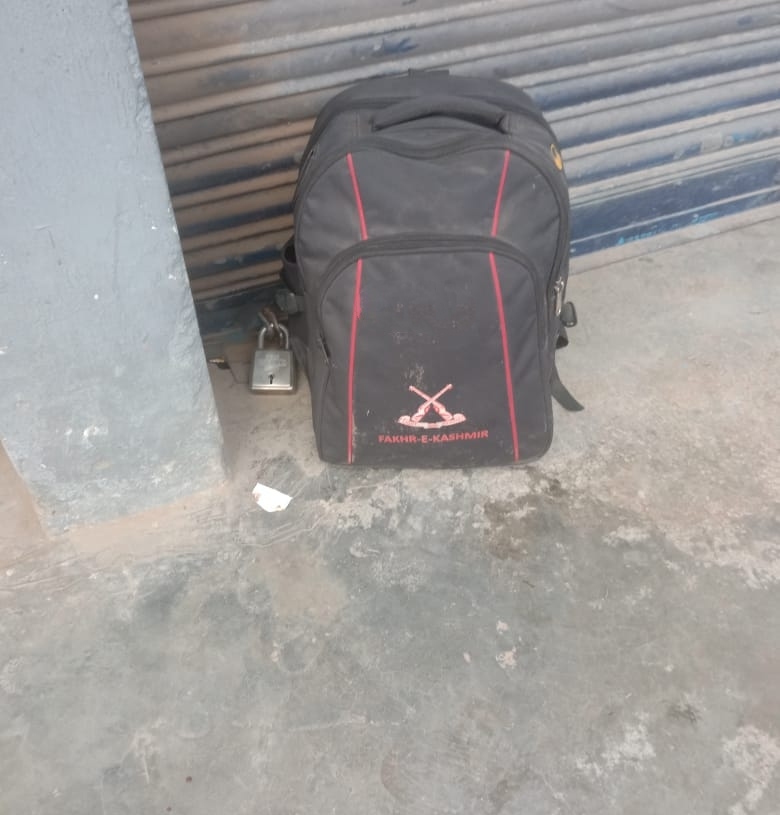 Srinagar: An unattended bag with ‘Fakhr-e-Kashmir’ written on it was found near mini secretariat Mendhar and created panic in the area.

Official sources said that at around 8 am, one suspicious bag was found near Mini Secretariat, Mendhar.

“The bag had logo of two weapons crossed with each other and words written below them as the ‘Fakhr-E Kashmir’. A police team headed by Station House Officer reached the spot and checked the bag in which few clothes, medicines of diabetes etc, one blood pressure electronic machine , walnut( 20 gram) and two packets Henna (Mehandi) were found.

Confirming it, the SHO Mendhar Manzoor Kohli told GNS that “verification is being conducted to trace its owner.” (GNS)