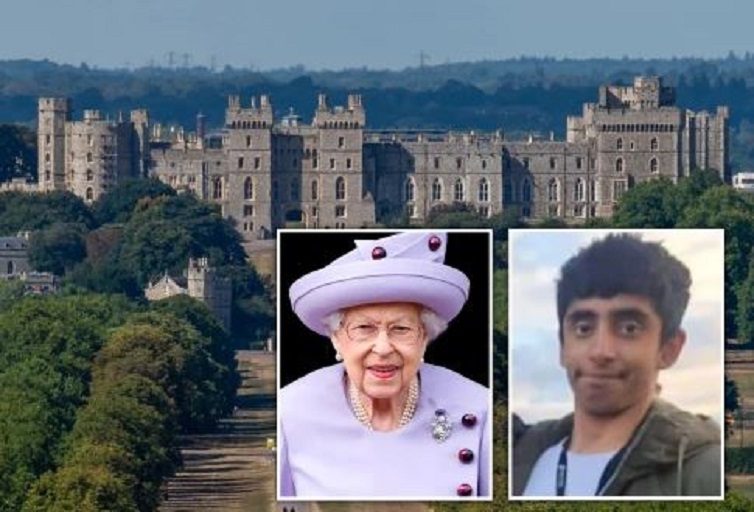 Jaswant Singh Chail, from Southampton, identified himself as “Indian Sikh” who wanted to “assassinate” the 96-year-old monarch as revenge for the 1919 Jallianwala Bagh massacre in a video that emerged soon after the arrest. The Queen was in her private apartments at the time of the incident on the morning of December 25, 2021.

Earlier this month, 20-year-old Chail was charged with treason, threats to kill and possession of an offensive weapon. He appeared at Westminster Magistrates’ Court in London on Wednesday, when he was remanded in custody to appear at the Old Bailey court on September 14. “I am here to kill the Queen,” Chail is reported to have told a royal protection officer on duty before being handcuffed and arrested.

Chail appeared before the court via video link from the high-security psychiatric facility of Broadmoor Hospital in Berkshire and sat at a table with his arms folded, speaking only to confirm his identity. Prosecutor Kathryn Selby told the court that the Supersonic X-Bow weapon Chail was carrying had the capability to cause “serious or fatal injuries”.

She also told the court that though the case wasn’t being treated as a terrorism offence, it had been dealt with by the Metropolitan Police’s Counter Terrorism Command (CTC). The charges were brought after an investigation by the Met Police CTC, which decided to charge Chail with offences under Section 2 of the 1842 Treason Act, namely “discharging or aiming firearms, or throwing or using any offensive matter or weapon, with intent to injure or alarm her Majesty”.

Chail was previously held under the Mental Health Act on being found armed on the grounds of Windsor Castle. His father, Jasbir Chail, 58, said days later in December last year that his son Jaswant needed help after he scaled the walls of the castle in Berkshire, south-east England.

A social media video, which was to be reviewed by Scotland Yard, later emerged in which a masked man identifying himself as Indian Sikh Jaswant Singh Chail says he wanted to “assassinate” the Queen as revenge for the Jallianwala Bagh massacre in Amritsar in 1919.

Chail was investigated by the Metropolitan Police’s Counter Terrorism Command, but his actions are not being treated as “terrorism”, the prosecutor said. Prosecutors said he had previously attempted to join the Ministry of Defence Police and the Grenadier Guards infantry regiment, to get closer to the royal family. (With agency inputs)