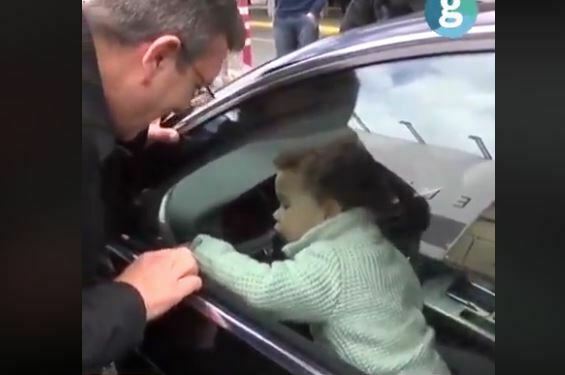 A video of a toddler locked up in a car has gone viral on social media.

The child, who seems around 2 years old, is locked up in a mini SUV as his frantic dad and the passersby try to help him get out.

The video, which as per unconfirmed reports is from Turkey, has drawn a lot of reactions and has been viewed by millions far.

In it the child can be seen locked up as he sits on the seat next to the driver.

His father is seen nervously gesturing to him to use the automatic car key to open the door.

The child does try a lot and eventually succeeds in pushing the button to release the car door.

The crowd around breaks in applause with a relieved father holding his baby at last.

The video has gone viral and has received hundreds of thousands of reactions.