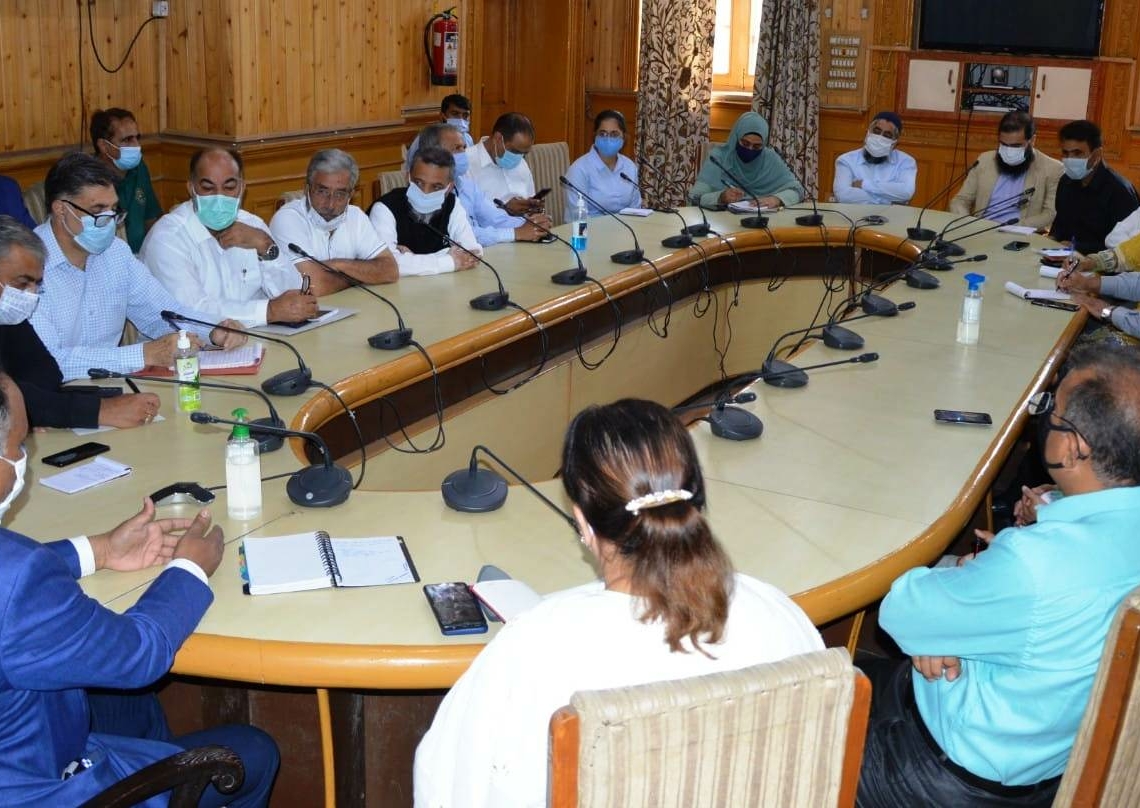 Srinagar: The Divisional Commissioner (Div Com) Kashmir, Pandurang K Pole Tuesday convened a meeting of Principals of various educational institutions regarding the participation of students at SKICC to witness live Air Show to be held by the Indian Air Force on September 26 under Azadi Ka Amrut Mahotsav celebrations with a theme ‘Give Wings to Your Dream’.

The meeting was informed that more than three thousand college and school students are participating in the programme to witness the impressive maneuvers of IAF which will motivate them to dream about a career in IAF and in the aviation sector.

The show will also develop passion among the students to give wings to their dreams. Along with the students, 700 teachers will also be present at the venue.

On the occasion, the Div Com said that the main aim of the Air show is to motivate youth of the valley to join the Indian Air Force and to promote tourism in the region.

During the demonstration, students will also be familiarized with the new technological advancements achieved and incorporated by the IAF while flying aircrafts in the sky over the world famous Dal Lake.

The meeting also discussed the transportation of students participating in the programme besides other arrangements for their facilitation. The Div Com directed the heads of educational institutions to ensure the participation of National Cadet Corps students.

He also impressed on the participants to educate those participating students about the strict observance of CAB guidelines.

Furthermore, students will visit the stalls established at SKICC where they will be familiarized with the achievements of the Air Force, employment opportunities in IAF, recruitment rules, eligibility criteria etc.

The meeting was attended by Director School Education, Director Colleges, Principals of Womens’ and SP colleges, General Manager SRTC, other officers and Principals of various Private and Government schools.