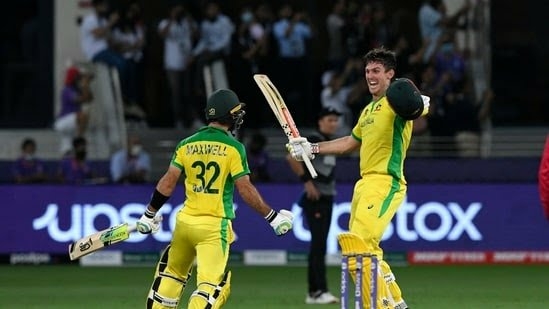 Courtesy of David Warner’s 53 and Mitchell Marsh’s 77 not-out, the Aussies chase down the target of 173 in 18.5 overs to bag their maiden world title in the shortest format.

In response, the Black Caps drew first blood as Trent Boult dismissed Aaron Finch in the 3rd over.

However, that did not deter Mitchell Marsh from taking on Adam Milne in his first over, smashing him for two fours and a six.

Along with Warner, he took Australia to 43/1 after the first 6 overs.

The duo continued in the same vein and went on to stitch another 50-run stand.

They handed Australia the command of the chase by taking the side to 82/1 after 10 overs.  Warner got to his 50 before being cleaned up by Trent Boult on 53.