Attention parents: Check out mood variations among Covid-infected kids; it could be brain disorder 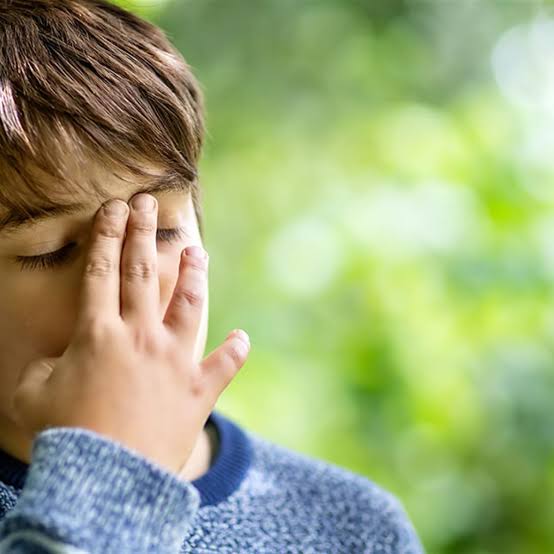 New Delhi: Not just adults, children who suffered from Covid-19 are also at an increased risk of cognitive deficit, insomnia, ischaemic stroke, nerve/psychotic disorders, and epilepsy or seizures even months after they were infected, a large-scale observational study of over 1.25 million patient health records has revealed.

According to The Lancet Psychiatry journal, the study that looked at data of 185,748 children found that post-Covid risk trajectories differed in children compared with adults.

In the six months after the SARS-CoV-2 infection, children were not at an increased risk of mood or anxiety disorders.

However, they had “an increased risk of cognitive deficit, insomnia, intracranial hemorrhage, ischaemic stroke, nerve, nerve root, and plexus disorders, psychotic disorders, and epilepsy or seizures”.

Unlike adults, the cognitive deficit in children had a finite risk horizon (75 days) and a finite time to equal incidence (491 days).

“Children have a more benign overall profile of psychiatric risk than do adults and older adults, but their sustained higher risk of some diagnoses is of concern,” said the study.

A sizeable proportion of older adults who received a neurological or psychiatric diagnosis, in either cohort, subsequently died, especially those diagnosed with dementia or epilepsy, or seizures.

Just after the emergence of the delta variant, increased risks of ischaemic stroke, epilepsy or seizures, cognitive deficit, insomnia, and anxiety disorders were observed, compounded by an increased death rate.

“With Omicron, there was a lower death rate than just before the emergence of the variant, but the risks of neurological and psychiatric outcomes remained similar,” revealed the study, led by researchers at the University of Oxford in the UK.

The observational study extracted data from the ‘TriNetX’ electronic health records network, an international network of de-identified data from health care records of approximately 89 million patients collected from hospitals, primary care, and specialist providers (mostly from the US, but also from Australia, the UK, Spain, Bulgaria, India, Malaysia, and Taiwan).

“This analysis of 2-year retrospective cohort studies of individuals diagnosed with Covid-19 showed that the increased incidence of mood and anxiety disorders was transient, with no overall excess of these diagnoses compared with other respiratory infections,” the researchers noted.

In contrast, the increased risk of psychotic disorder, cognitive deficit, dementia, and epilepsy or seizures persisted throughout.

“The fact that neurological and psychiatric outcomes were similar during the Delta and Omicron waves, indicate that the burden on the health-care system might continue even with variants that are less severe in other respects,” the researchers warned.