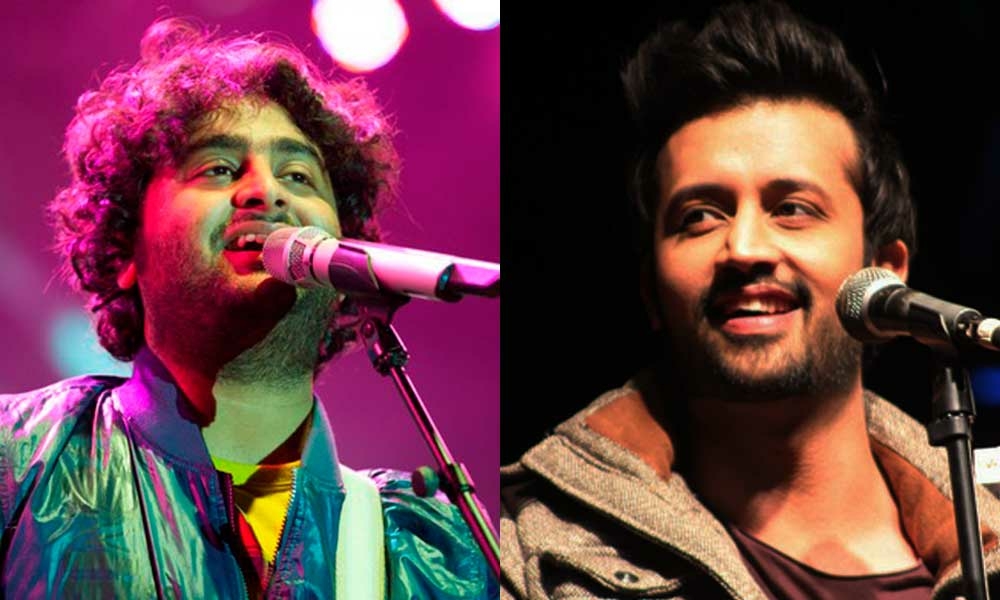 Later, attendees of the show praised his guts online and shared the moments that made their hearts swell up for the singer.

A Twitter user also shared a clip from the concert where Arijit specifically praised Atif Aslam before moving on to sing Pehli Nazar Mein. The Agar Tum Saath Ho crooner made it a point to ask why Pakistani singers, songs had been barred in India before asserting, “Atif Aslam, Shafqat Amanat Ali are two of my favourite singers.”

“What solid statement from Arijit Singh regarding Pakistani singers,” lauded a Twitter user sharing the video that sees Arijit on stage, praising Atif. “Singing songs of these artists as well,” they added.

Another attendee wrote an appreciation thread straight from the concert hall for Arijit on the micro-blogging site. “At Arijit Singh’s concert right now and the guy has just won me over,” they admitted. “[He] sings Sayyonee and says this is by one of his favourite bands, Junoon, and is for all my fans from Pakistan here.”

But what really ‘killed it’ for the fan was Arijit singing an Atif song, before taking a pause to say, “Now I will ask something controversial, why have we barred Pakistani songs? Atif Aslam and Shafqat Amanat Ali are two of my favourite singers and I don’t give a damn.”

The attendee mentioned how in that moment, “The crowd went nuts,” in a good way. “And immediately after, [Arijit] sings a NFAK song. Crowd loses it again. For everything that goes on against Pakistan in India, man showed balls to say these things out loud. Dil jeet liya bhai boy ne. Respect,” they concluded.

According to concert organisers, Arijit’s concert set a new precedent in the UAE capital. “Arijit Singh’s show is the highest selling ticketed event in the UAE since the pandemic struck the world,” Salman Ahmed, partner at PME Entertainment, was quoted by the outlet as saying.