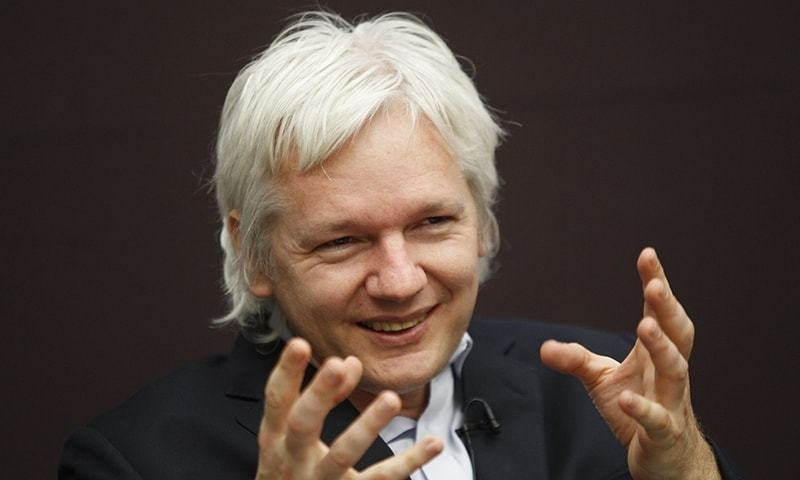 LONDON: Wikileaks founder Julian Assange is being held in London’s high-security Belmarsh prison which has housed some of Britain’s most notorious inmates, a legal source said.

The Sun newspaper had earlier reported that Assange had been taken to Wandsworth Prison following his dramatic arrest at Ecuador’s embassy in London on Thursday.

The Australian High Commission in London could not confirm or deny whether the visit had gone ahead.

The prison in southeast London became one of the country’s best-known jails after Great Train Robber Ronnie Biggs and career criminal Charles Bronson — dubbed “the most violent prisoner in Britain” — were held there.

Opened in 1991 next to Woolwich Crown Court, it has frequently been used in high-profile national security cases.

Among those to have called its cells home is former Finsbury Park Mosque hate preacher Abu Hamza — who now resides in an American “supermax” prison following extradition.

Radical cleric Anjem Choudary, who was convicted in 2016 of encouraging support for the militant Islamic State group, spent some of his sentence there.

Belmarsh earned the moniker “the UK’s Guantanamo Bay” in the period following the 9/11 attacks after it was used to detain a number of people under anti-terror laws.

The prison, which has a capacity of around 900, houses inmates on remand and serving short sentences as well as those convicted of the most serious offences.

It can hold prisoners “requiring specific management arrangements because of their public and media profile,” according to an inspection report last year.

The report said the facility suffered from a “significant shortage of frontline staff” which had resulted in a “severely depleted daily regime” that limited the time inmates could be given outside their cells.

Belmarsh may be an upgrade for Assange on his previous British prison digs.

Open to another summit with Trump: Kim Jong Un