‘Ashraf Ghani was a total crook, never had full confidence in him’: Donald Trump 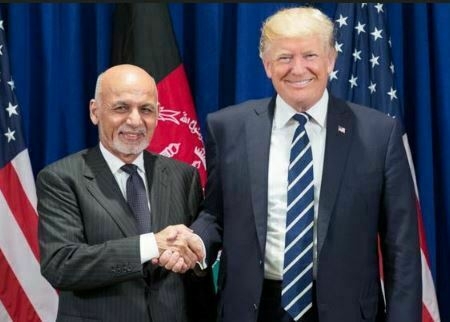 As the United States facing intense criticism over its hurried withdrawal of forces from Afghanistan, former US President Donald Trump has lashed out at Ashraf Ghani saying that ‘he was a total crook’ and never had confidence in him.

“I never had a lot of confidence, frankly, in (Ashraf) Ghani. I said that openly and plainly. I thought he was a total crook. I thought he got away with murder. He spent all his time wining and dining our senators and the senators were in his pocket…And I guess based on his escape with cash, I don’t know, maybe that’s a true story,” Trump said in a statement.

On Sunday, the Taliban declared victory after Afghan President Ashraf Ghani fled abroad and his government collapsed. Like many other countries, the US started evacuating its nationals and some Afghans with links to foreign governments and organisations.

“I don’t think in all of the years our country has ever been so humiliated. I don’t know, would you call it a military defeat or a psychological defeat? There’s never been anything like what’s happened here,” Trump said.

Meanwhile, Ghani had on Wednesday defended his decision to flee Kabul in the face of the Taliban advance, describing it as the only way to prevent bloodshed.

In a video message shared on his Facebook page, Ghani confirmed that he was in the United Arab Emirates. He also denied claims by his country’s ambassador to Tajikistan that he had stolen millions of dollars from state funds.

He claimed that he was “forced to leave Afghanistan with one set of traditional clothes, a vest and the sandals I was wearing”. “Accusations were charged in these days that money was transferred, these accusations are fully baseless,” he said.