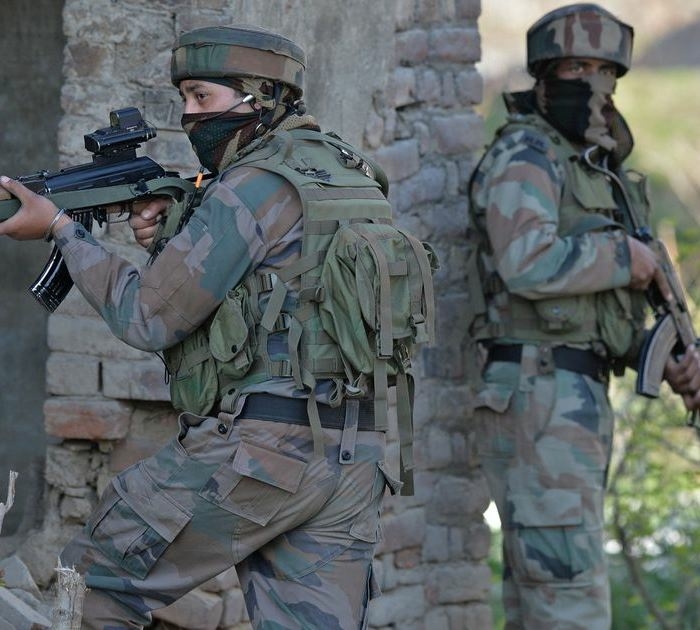 New Delhi, Aug 14: The Supreme Court on Tuesday agreed to hear on August 20 a plea filed by over 300 Army personnel challenging registration of FIRs against them for operations in areas where the Armed Forces Special Powers Act (AFSPA) is in force.

Citing several instances of police cases against army men in Jammu and Kashmir and Manipur, the petition said prosecuting soldiers, who are doing their duty, by the civilian authorities like the police and the Central Bureau of Investigations will “lower morale and endanger national security”.

A bench comprising Chief Justice Dipak Misra and Justice A M Khanwilkar said they will hear the petition on August 20.

In insurgency-hit areas, the Armed Forces’ Special Powers Act allows soldiers to use arrest, use force and even open fire on anyone in contravention of the law. But over the years, there have been cases of army excesses from residents from Manipur and Jammu and Kashmir.

Two years ago, the Supreme Court, in a landmark judgment, said excessive force cannot be used on people even in insurgency-hit areas while hearing a petition on extra-judicial killing. Last year, it upheld the decision, which had directed the government to probe every such case.

Currently, the Supreme Court is hearing a case, during which it is expected to take a call on whether the police needs permission to file cases against Army personnel in insurgency-hit areas.

The father of an army officer posted in Jammu and Kashmir has approached the court, seeking the cancellation of a police case against his son, who was leading a convoy that killed three civilians during a protest in Shopian in January.

Seeking proper guidelines before cases against army men are filed, the soldiers’ petition has pointed out that the Armed Forces’ Special Provisions Act cannot be “diluted” without amending the law.

Contending that “the Petitioners believe that Sovereignty, Security and Integrity of the nation is at higher pedestal than even the Constitution of India” the petition argued that the ultimate sacrifice required of a soldier “cannot be sustained under a state of confusion or cloud as to the Bonafide Duty itself”.

“The nation functions and thrives and flourishes because the soldier zealously guards the frontiers and along with it, the Freedoms, Rights and Liberties, without caring for his own comfort, wellbeing, his family, his social responsibilities and even his own life,” the petition said.

The petition comes barely two weeks after CBI director Alok Kumar Verma told the Supreme Court that the agency had filed two chargesheets against 15 security personnel in connection with fake encounter killings and 14 of them had been charged with murder, criminal conspiracy and destruction of evidence.

Verma, who was summoned by the top court to explain the delay in implementing the court’s order, had told a Bench headed by Justice Madan B Lokur on July 30 that five more chargesheets/final reports would be filed by the end of August.

The Supreme Court had in July 2017 directed a CBI probe into alleged extra-judicial killings by Army, Assam Rifles and Manipur Police in the insurgency-hit state. It had asked the CBI Director to appoint an SIT to conduct the probe into the alleged killings. The order had come on a PIL seeking probe and compensation in the alleged 1,528 extra-judicial killings by security forces in Manipur between 2000 and 2012.

The petition by Armymen is essentially against the top court’s recent orders to the CBI to register FIRs, investigate and prosecute security forces for alleged extra-judicial killings in Manipur during operations in the insurgency-hit northeastern state in the past two decades.

The petitioners have demanded laying down of specific guidelines “to protect the bona fide action of soldiers under AFSPA, so that no soldier is harassed by initiation of criminal proceedings for actions done in good faith in exercise of their duties, as mandated by the Union of India, in protection of sovereignty, integrity and dignity of the country”.

The petition demanded “adequate compensation” for the affected serving personnel and their families who had been unnecessarily embroiled in mala fide criminal proceedings for discharging their bona fide duties.

They have also sought a direction to the Government “to take all steps to protect the soldiers protecting the integrity and sovereignty of the nation from persecution and prosecution by motivated and indiscriminate FIRs against the mandate of law”.