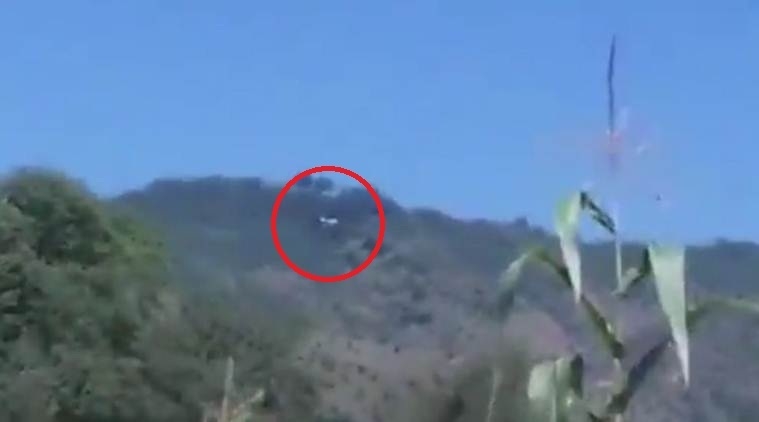 Srinagar, Sep 30: A Pakistani chopper on Sunday hovered over the Line of Control (LoC) in Poonch district of J&K, but turned back after it was “engaged by air sentries”, the Indian Army said.

Jammu-based Army PRO Lt Col Devender Anand said the helicopter “violated the airspace” around 12:10 pm. “Air sentries at forward location had engaged it with small arms,” he said adding that it was most likely a civilian chopper and was flying very high.

Official sources said that the helicopter came within 250 meters of the LoC and flew over Gulpur sector for about five minutes before returning back.

“The helicopter was en route to Tarori near the LoC to condole the death of his brother Chaudhry Abdul Aziz,” reported The Express Tribune.

It claimed the aerial movement of the PaK prime minister was already informed to the Indian security forces and the helicopter’s white colour clearly indicated that it was a civilian chopper.

“The helicopter returned after the firing incident and landed safely without any damage,” the report added.