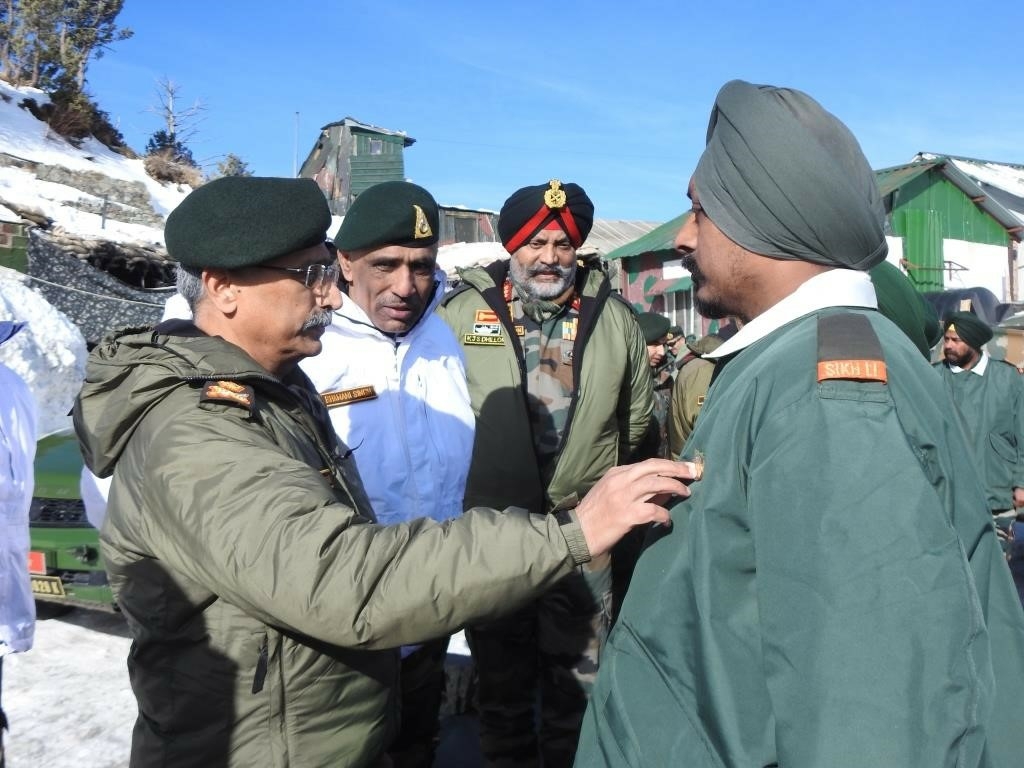 Srinagar, Feb 26: Army chief General MM Naravane, on his maiden visit to Kashmir, reviewed security situation along the Line of Control (LoC) and asked soldiers to remain alert for any eventuality.

This was General Naravane’s first visit to Kashmir after taking over as the Chief of Army Staff (COAS).

The visit of the Army chief to the valley holds significance as it comes at a time when there are reports of large number of militants waiting on launching pads in Pakistan-administered-Kashmir (PaK) to infiltrate into this side.

He said the Army chief was briefed by the local Commanders on the situation on the Line of Control, cease fire violations, our retaliations, counter infiltration operations and operational preparedness being maintained.

During his interaction with the soldiers on snow clad heights, he was appreciative of the sharp vigil and alertness along the LoC and high morale of the troops.

He also exhorted the soldiers to remain alert for any eventuality. He further reinforced the need to be prepared to meet emerging security challenges effectively at all times.

The COAS was earlier briefed by the Chinar Corps Commander at Badami Bagh Cantonment on the overall situation pertaining to the LoC and the hinterland. The COAS also interacted with senior officials of the administration and security forces. He also met members of the civil society.

Balakote anniversary-Will give robust response to any attack: IAF Chief in Kashmir