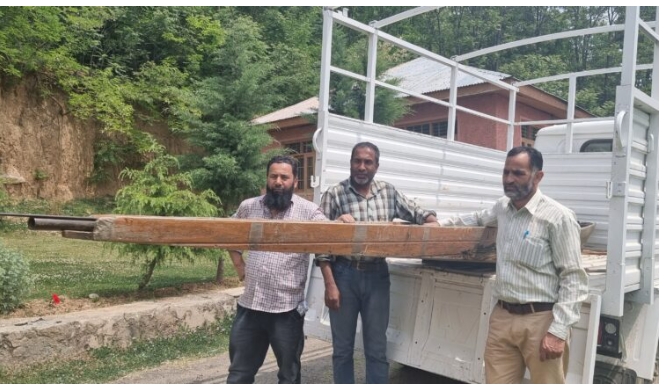 Bandipora: Forest Protection Force (FPF) seized a punt gun from a boat at Wular Lake in the Bandipora district on Tuesday.

Acting on a tip-off, the anti-poaching team headed by a deputy inspector raided a boat near Lankreshipora and recovered a  09-feet long punt gun, and live shells. The punt gun was used for poaching birds.

Officials said a punt gun is a type of large shotgun used to shoot large numbers of waterfowl in wetlands.