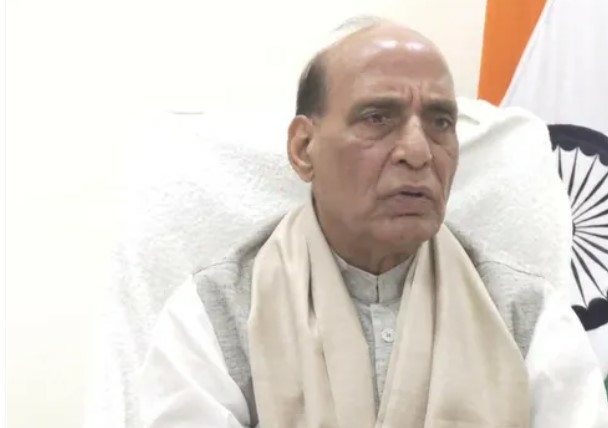 New Delhi: Defence Minister Rajnath Singh on Monday said that several anti-India forces have attempted to create an atmosphere of instability in the country.

The defence minister alleged that a massive effort has been made to create turmoil in India from Pakistan’s soil.

“Since India became independent, many anti-India forces have attempted to create an atmosphere of instability in India, either on the borders or through the borders. A massive effort has been made in this direction from Pakistan’s soil,” he said.

Singh informed that there have been ceasefire violations along the border with Pakistan since the two countries signed a pact in February this year. However, he asserted that India is in a wait and watch mode due to the trust deficit between the nuclear-armed neighbours.

“In February, a ceasefire agreement was signed between India and Pakistan. We are in ‘wait and watch mode’ because of the trust deficit between the two countries. There has been no ceasefire violation along the border since the recent ceasefire agreement,” Singh said.

“A year has passed since the Galwan Valley incident. The bravery, valour and restraint shown by the Indian Army is incomparable. The future generations will also be proud of those brave soldiers,” he said.