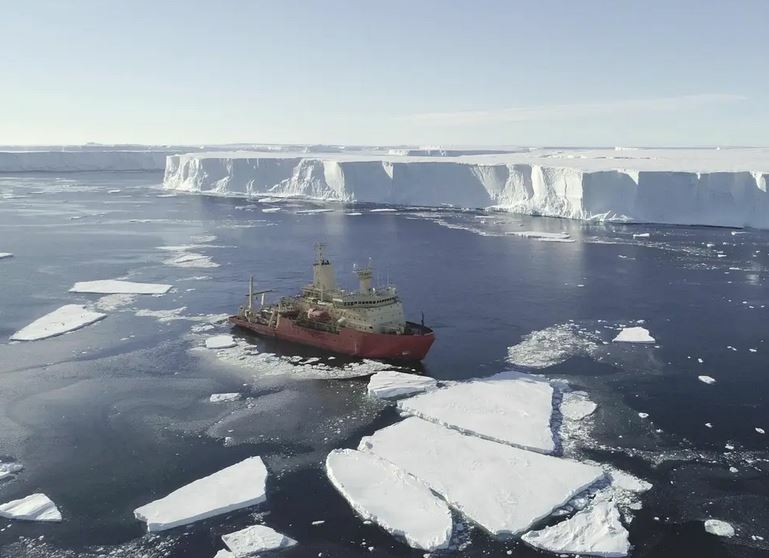 Scientists with the American Geophysical Union have warned that an Antarctic glacier the size of Florida is on the verge of collapsing.

The Thwaites Glacier dubbed as the Doomsday Glacier is roughly the size of the United Kingdom, and it dumps 50 billion tonnes of ice each year. For years, scientists have been watching the glacier, whose ongoing melting contributes to about 4% of the yearly sea level increase.

Its eastern part, which borders an undersea mountain, was assumed to be more stable, but new satellite photographs revealed fractures that are allowing rising ocean waters to accelerate its dissolution.

“We have mapped out weaker and stronger areas of the ice shelf and suggest a zig-zag pathway the fractures might take through the ice, ultimately leading to break up of the shelf in as little as 5 years, which result in more ice flowing off the continent,” scientists said in a paper presented at the meeting of the American Geophysical Union, as reported by India Today.