Another spell of snow this week 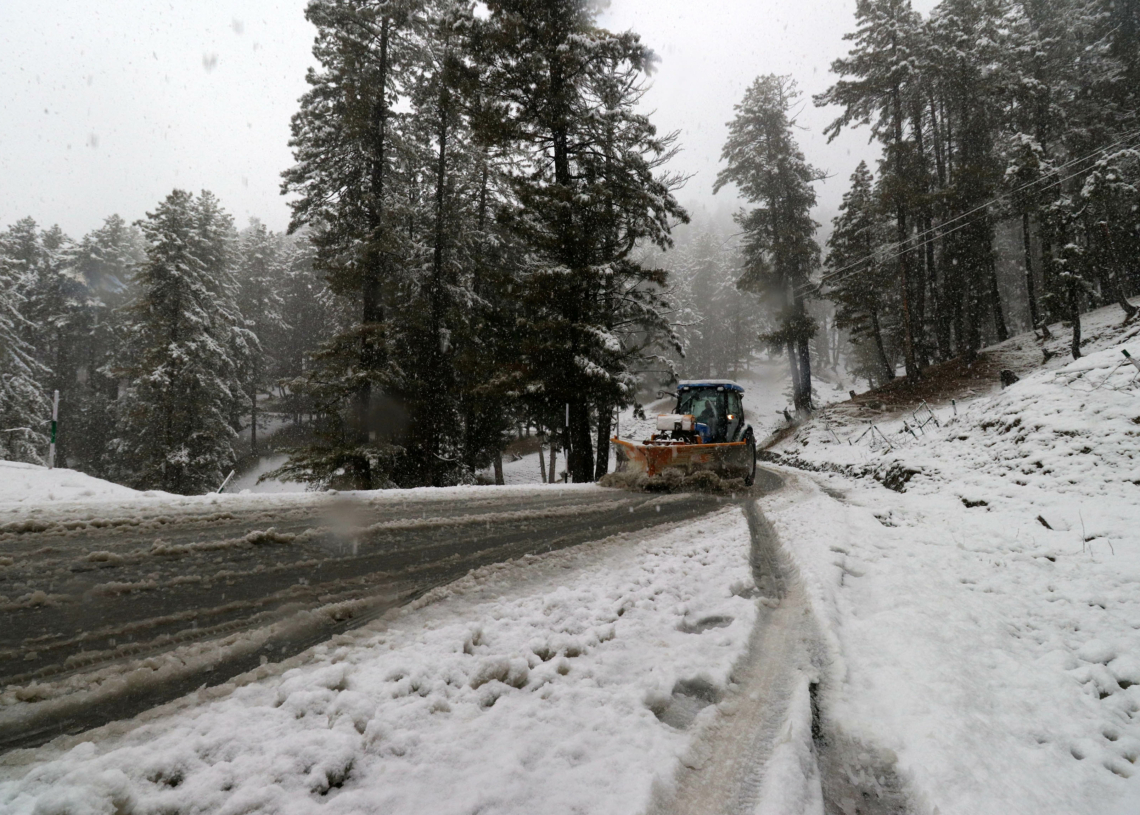 Srinagar, Nov 10: Kashmir should brace up for a second spell of wet weather as officials have predicted widespread snow and rains on Friday and Saturday this week.

An official at the local Meteorological Department said there will be widespread snow and rain in Kashmir on November 15 and 16 (Friday and Saturday) even as the weather till then will remain cloudy with rainfall in isolated places.

“We are experiencing western disturbance over Kashmir which is going to worsen by the end of this week. There are chances of widespread snow and rainfall although its intensity would not be as much as last week’s snowfall,” the official told The Kashmir Monitor.

Kashmir experienced a record breaking November snowfall last Thursday that took everyone by surprise and left a trail of death and destruction across the region.

With electricity and other essential supplies still erratic in most of the places, the heaps of snow on roads and lanes are not melting given that sunshine has stayed aloof these days.

Meanwhile, the so-called all-weather highway connecting Kashmir to the rest of the world was again blocked on Sunday.

Thousands of commuters were stranded on the highway after a massive landslide blocked the road in Ramban in the afternoon, only hours after traffic resumed on the route.

Traffic on the highway resumed around 3 am on Sunday after remaining suspended for over 13 hours following a massive landslide near Mahar – two kms short of Ramban town.

Road clearing agencies worked hard to ensure early opening of the road, but the fresh landslide, covering around 100 metres of the road with debris, played spoilsport, officials said.

The landslide struck near Digdole and at least 12 hours are needed to make the arterial road traffic-worthy. Men and machines have been pressed into service to clear the debris, they said.

According to the officials, hundreds of passenger vehicles and trucks carrying essential commodities to the Valley crossed the Jawahar Tunnel — the gateway to Kashmir — since Sunday morning.

However, the fresh landslide left over 1,300 vehicles stranded on the highway, they said.

Heavy rains, which lashed the highway from Banihal to Jammu, was causing frequent landslides, the officials said.

Meanwhile, the Mughal Road, which connects the border districts of Poonch and Rajouri in Jammu region with south Kashmir’s Shopian district, remained closed for the fifth day on Sunday, they said.

The road was closed for traffic on Wednesday after heavy snowfall between Pir Ki Gali and Shopian stretch.