Angry over a barking dog, man attacks pet, its owner and 3 others 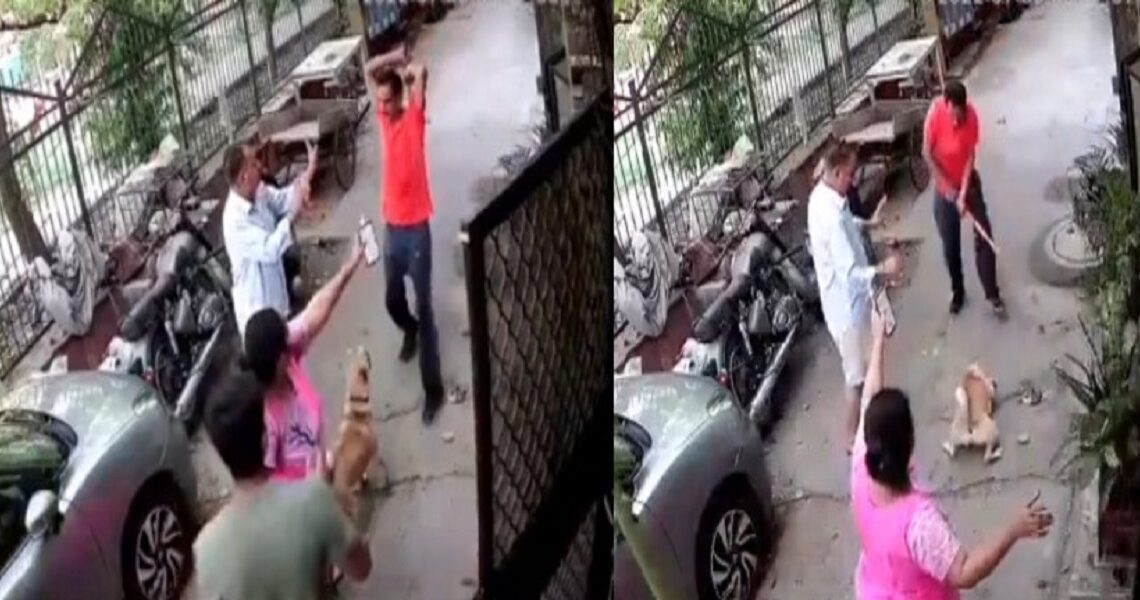 In a bizarre incident, a man in the national capital went on a rampage with an iron rod after neighbour’s pet dog barked at him, the police said on Monday.

According to the police, the incident occurred in the Paschim Vihar area of Delhi. Deputy Commissioner of Police (outer) Sameer Sharma said a PCR call regarding the quarrel was received on Sunday morning at the Paschim Vihar East police station.

“During enquiry it was found that one person namely Dharamvir Dahiya was strolling in the street in the morning. Then one pet dog owned by a resident of A block Paschim Vihar started barking. At that Dharamvir Dahiya picked the dog up with its tail and threw the dog away,” the DCP said.

When the owner of the dog, Rakshit (25), saw this, he immediately intervened which led to a minor scuffle between accused Dharamvir Dahiya and the owner of the pet. During this scuffle, the dog also bit Dahiya.

“After some time Dharamvir Dahiya came back to the spot with an iron pipe and brutally hit the dog on its head,” the DCP said.

As per the CCTV footage of the incident, a 53-year-old neighbour named Hemant tried to save the dog, however, the accused Dahiya also struck him down with the iron rod.

The dog in the video could be seen lying unconscious for some time after receiving a severe blow on his head. In a minute, the pet dog again woke up, however, could be seen running helter-skelter, writhing in pain with a concussion.

Even after this accused Dharamvir didn’t stop. “Later on Dharamvir barged into the house of pet owner Rakshit to take back the pipe used in the assault and in the process hit a 45-year-old woman named Renu alias Yashoda,” DCP Sharma said.

Accordingly, the police registered an FIR under sections 308 (Attempt to commit culpable homicide), 323 (Punishment for voluntarily causing hurt), 341 (Punishment for wrongful restraint) and 451 (House-trespass in order to commit an offence punishable with imprisonment) of the Indian Penal Code read with section 11 of the Prevention of Cruelty to Animals Act.

The official said that all the injured were medically examined and the probe of the incident is underway.