An e-rickshaw with a heart of Audi: Indo-German startup to use e-Tron batteries for eclectic three-wheelers 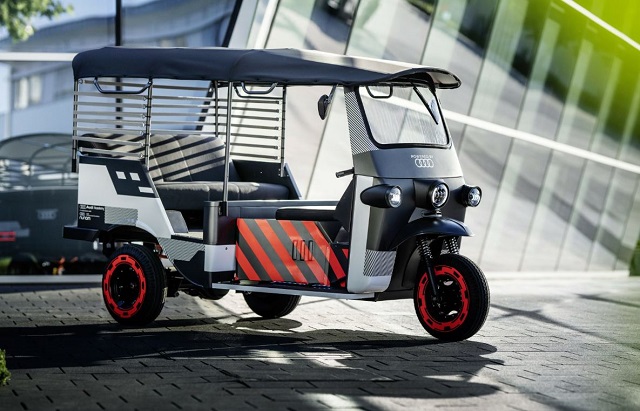 Relive the magic of an Audi in a rickshaw. Thanks to German-Indian start-up Nunam, which is planning to use high-voltage Audi’s e-Tron batteries that have completed their first cycle for e-rickshaws.

Media reports said the electric rickshaw project is funded by the Audi foundation and is operated by start-up Nunam based in Berlin and Bengaluru. Three e rickshaws (prototype) have been already built under the project.

The uses of the Audi e-Tron batteries are not limited to providing power to the e-rickshaws. After the battery completes its second life cycle, it can still be used to power stationary applications like LED lighting.

This project between Audi and Nunam is not only aimed to provide sustainable development in terms of energy but also to create job opportunities, especially for women in India. This pilot project is expected to hit Indian roads in 2023. We expect the e-rickshaws to be available in the Tier 1 cities in the first phase, and then in Tier 2 and smaller cities in separate phases.