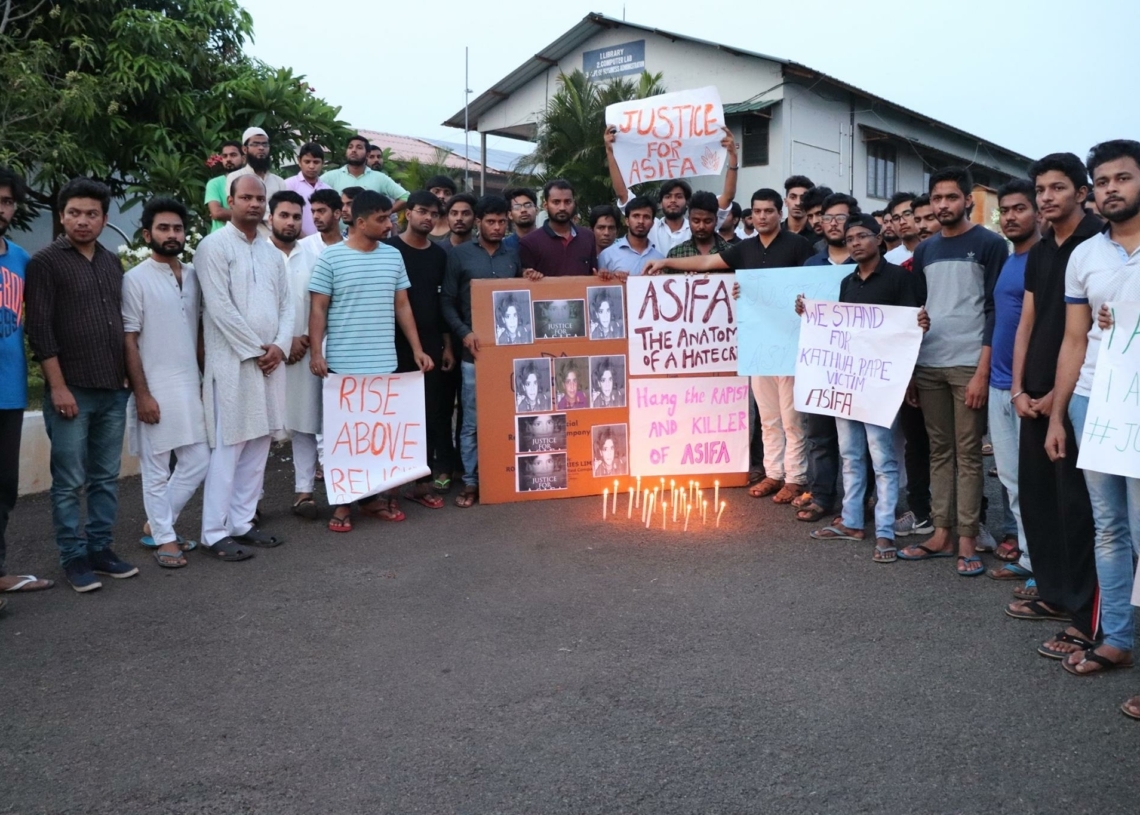 Srinagar, Apr 20: The students of Aligarh Muslim University (AMU), Kerala Campus Friday took out a candle march for the justice of the eight year old Kathua victim who was abducted, raped and murdered back in January.
The march, as per the statement, was headed by one Abdul Rouf Naik of the Department of law who said: “The government is not only ignoring this issue but also violating the human rights in the region.”