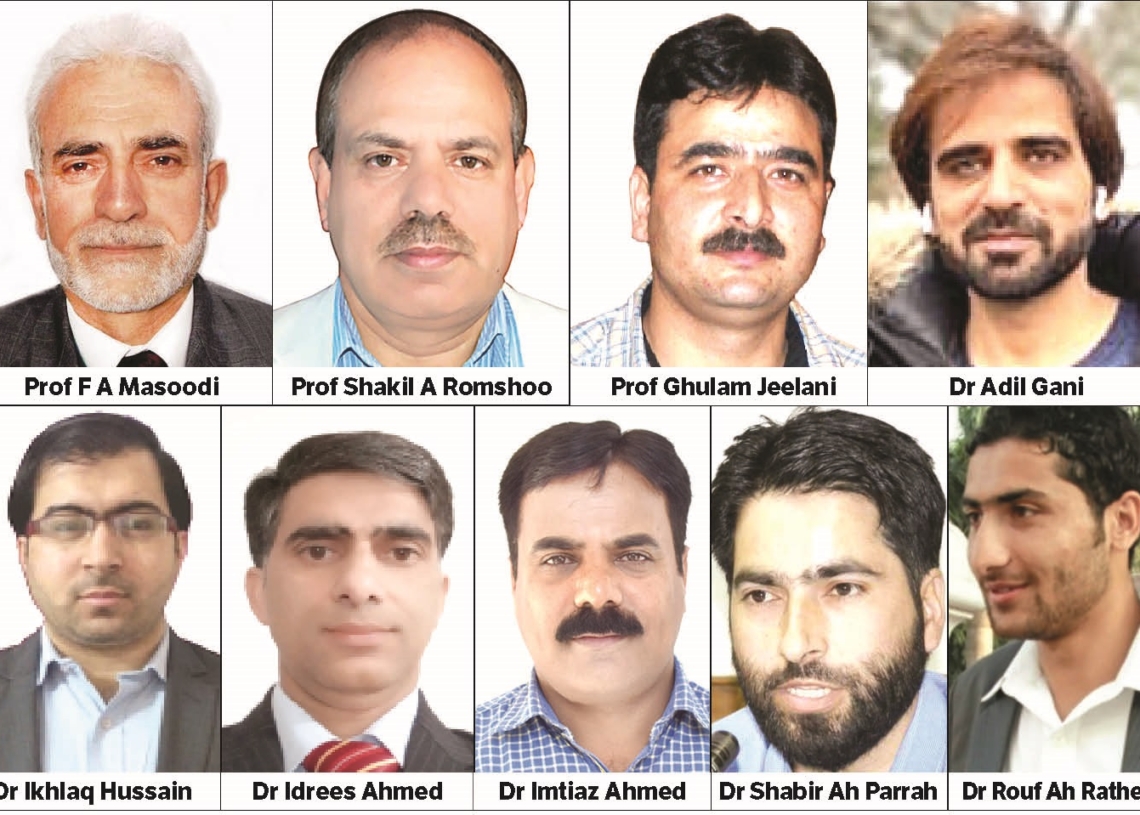 Srinagar: At least nine scientists from the University of Kashmir have figured in the research database of Stanford University that ranks top 2 per cent of scientists worldwide. The scientists are ranked on the basis of some key indices, including publications and citations.

Dr Imtiaz Ahmed, Dr Shabir Ahmad Parrah, Dr Ikhlaq Hussain and Dr Rouf Ahmad Rather (Research Assistant) from the departments of Zoology, Electronics & Instrumentation, Institute of Technology Zakura Campus and South Campus of the University, respectively, are other academics figuring in the list.
The database has listed about 25 scientists from Jammu and Kashmir in the top 2 per cent in their respective fields.

Pertinently, with nine faculty members in the list, the University of Kashmir leads institutions of Jammu and Kashmir in the research database.
Congratulating the enlisted scientists, KU Vice-Chancellor Prof Talat Ahmad urged faculty members to publish in reputed journals and submit more proposals for research grants.

“This feat, while it is a moment of pride for us, is also a validation to our institution’s unrelenting commitment to academic excellence,” Prof Talat said.
Dean Research Prof Irshad Ahmad Nawchoo also congratulated the scientists and said their research output helps the university in its ranking.

The Indian Institute of Sciences Bangalore ranks first among Indian institutions with 114 scientists in the list.