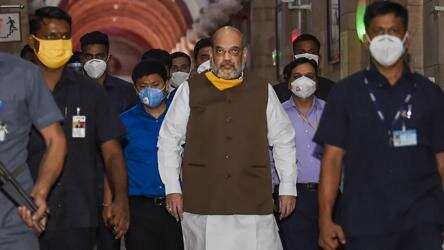 New Delhi: Union Home Minister Amit Shah, who was admitted in the All India Medical Sciences (AIIMS) hospital for post-coronavirus care two weeks ago, was discharged on Monday, officials said.

On Saturday, AIIMS had issued a health bulletin stating that Shah had recovered and will be discharged in a short time.

On August 2, the 55-year-old leader had tweeted that he was tested positive for the virus after initial symptoms of the disease.

Shah said that he was fine but was getting admitted to a hospital on the advice of doctors.

The Union Minister was discharged from Medanta Hospital in Gurugram on August 14 after testing negative for Covid-19.

Four days later, Shah was admitted to the apex institute for post-coronavirus treatment after he complained of fatigue and body ache.