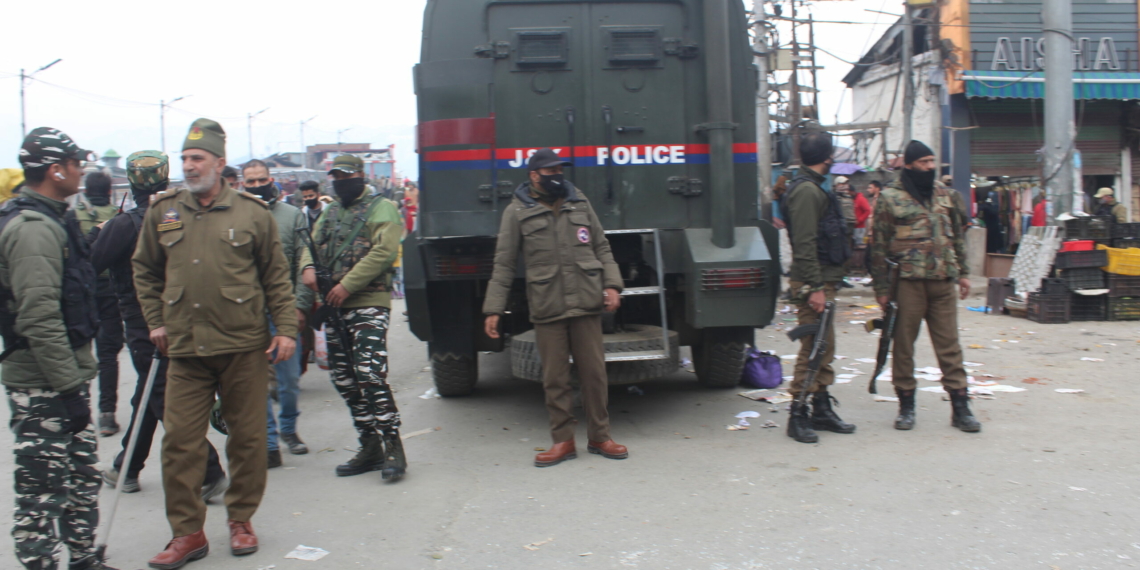 Srinagar: The toll in Sunday’s grenade blast has climbed to two after a 19-year-old woman succumbed to her injuries at SMHS hospital on Monday morning.

She has been identified as Rafiya of Hazratbal Srinagar. “She succumbed to injuries at around 8: 00 AM,” Medical Superintendent at SMHS Dr. Kamaljeet Singh said.

An elderly man was killed and over 24 others including a cop were injured in a grenade attack at Hari Singh High Street on Sunday.

“All the injured were shifted to hospital for the treatment of their injuries however, one elderly civilian identified as Mohammad Aslam Makhdoomi succumbed to his injuries,” police said.

Senior police officers immediately reached the spot and the area was cordoned off.

IGP Kashmir said that police are working hard for the identification and arrest of persons involved in the grenade attack. He said they will smash this grenade throwing module at the earliest.

He noted that police have got some vital clues and the investigation is going on in the right direction.