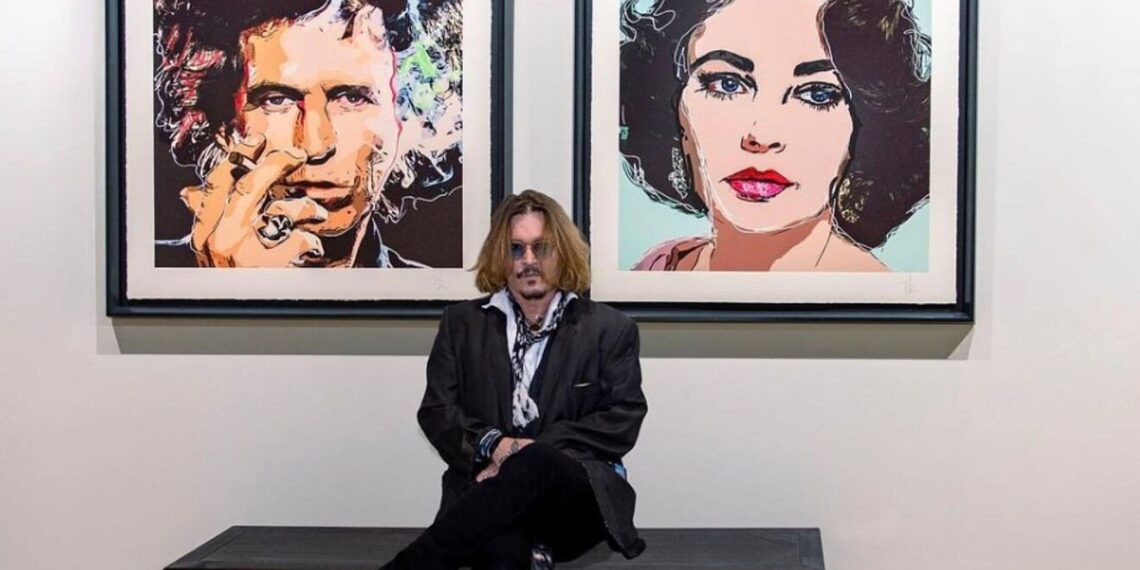 It is a windfall for Johnny Depp after winning a legal battle against his ex-wife Amber Heard. The 59-year-old actor’s debut art collection was sold for $3.6 million.

Depp released a limited-edition collection of 780 pieces, which sold within hours on July 28, as individual images went for $4,800, and the complete portfolio of four images sold for $18,000. His collection focused on ‘Friends & Heroes,’ and included pop-art style pieces of Bob Dylan, Keith Richards, Elizabeth Taylor, and Al Pacino, reported Daily Mail.

Centering it on people he has known for a long time and those who have inspired him as a person, seller Castle Fine Art described Depp’s pieces as, “Each image is an intimate reflection of their character in Johnny’s eyes; a portrayal of how they have revealed themselves to him.”

The London gallery added, “From his dear friend Keith Richards, who inspired the mannerisms of the infamous Captain Jack Sparrow, to Bob Dylan, whose creative influence on the artist is seen in his vivid and immortal portrayal by Johnny.”

Each limited edition portrait was listed online for $3,973, with the set of four on sale for $15,040. “I’ve always used art to express my feelings, and to reflect on those who matter most to me, like my family, friends, and people I admire,” Depp said.

“My paintings surround my life, but I kept them to myself and limited myself. No one should ever limit themselves.” The Pirates Of The Caribbean star announced the sale on his Instagram, leading the collection to sell out within hours.