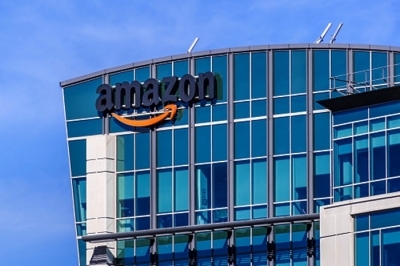 New Delhi: Amazon counsel on Tuesday told the Supreme Court that the dialogue to settle the dispute with Future Retail did not work, and complained against Reliance taking over Future stores, despite no asset transfer order.
Senior advocate Gopal Subramanium, representing Amazon, submitted before a bench headed by Chief Justice N.V. Ramana, “the efforts did not work and the conversation is over. Nothing is happening.”
On March 3, Amazon had proposed a dialogue with Future Retail to end the legal battles.
Subramanium complained against Reliance taking over Future Retail stores. He submitted before the bench, also comprising Justices A.S. Bopanna and Hima Kohli, that the highest court told that no assets will be transferred, it’s been recorded, and during pendency the orders have been flouted. “I don’t want this message to go out that orders of the court can be happily flouted,” said Subramanium.
The bench queried senior advocate Mukul Rohatgi, “How can your client take over the stores and make matter infructuous? That’s what he’s saying.” Rohatgi replied that he is representing Future Coupons and not Reliance.
Senior advocate Harish Salve, representing Future Retail, submitted that nothing has been transferred and rents for the shops were not paid for over two years and the landlords terminated the leases. Salve said: “We are completely broke, which is what we’ve been telling all forums… Amazon is driving us to our knees, we’re broke.”
Another counsel for Amazon said, “So suddenly they are saying there’s no money so the shops are taken over? Look at the conduct.”
The bench said, “Proceedings are going on and everything is happening. We’re getting a feeling that by adjourning the matter, we’re being lenient.” Subramanium said: “Let us go back to the tribunal…80 per cent shops surrendered to Reliance.”
Salve reiterated that not one store has been surrendered and Reliance took away the boards as they’re entitled to, all our assets are where they are. “I have been saying, this litigation will drive us to bankruptcy, and it has,” said Salve.
The bench queried Subramanium, “what are the interim orders that you’re expecting, put it in by tomorrow, we’ll list it on reopening day.” Subramanium replied, “Till then nothing should happen. Only 300 shops are left.”
Salve said: “Shops takeover started 15 days ago… Reliance is taking over; we can’t do anything. What do we do? We haven’t signed anywhere. In fact, Mr Biyani went and protested.”
After a detailed hearing, the top court allowed Amazon to file an application in the matter and scheduled the matter for further hearing on Wednesday.
The top court was hearing Amazon’s challenge against Delhi High Court’s order staying further arbitration proceedings with the Future Group before the Singapore Arbitration Tribunal.
Future Retail Ltd (FRL) entered into a Rs 24,713 crore deal with Reliance Retail to sell its business, which has been objected to by the US-based e-commerce giant Amazon.