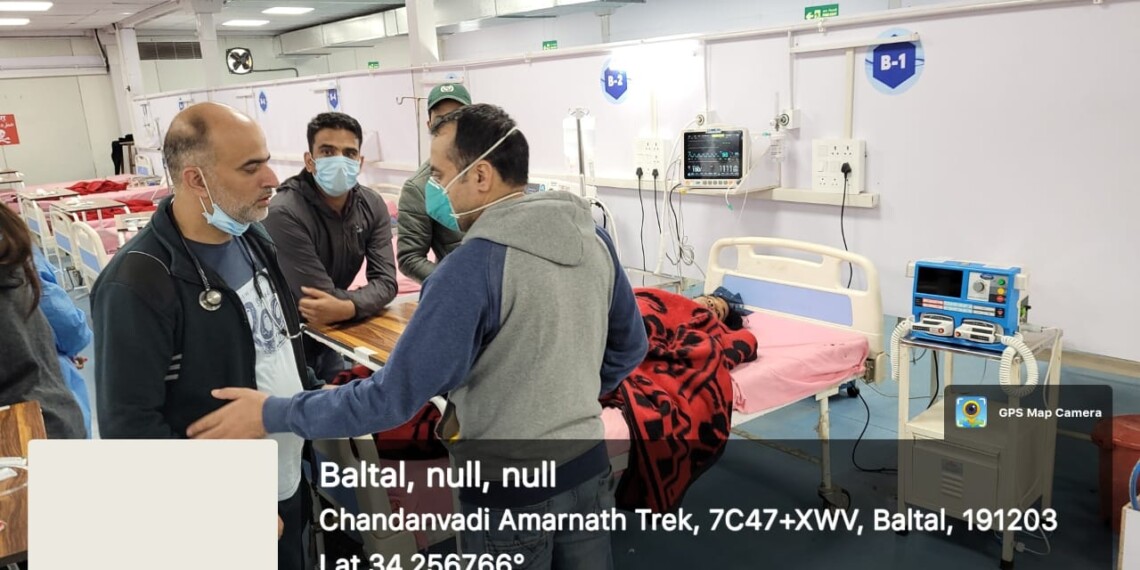 Srinagar: Massive search and rescue operation has been launched to trace the missing pilgrims at the Amarnath cave even as the death toll climbed to 14 this morning.

“Fourteen confirmed dead. Nine injured have been evacuated. Nearly 500 patients were treated for minor injuries during the night. Air sorties are on. Further rescue operation is going on,” said Dr. Mir Mushtaq Ahmad, spokesman of the Health Department.

Tragedy befell Amarnath Yatra when a cloudburst triggered flashfloods at Kali Mata near Y Junction of the holy cave shrine on Friday evening. At least 25 tents were washed away.

NDRF, army, police, CRPF, ITBP, SDRF, and other agencies are involved in the search operation. Rescuers are using the latest gadgetry to locate the missing persons. Sniffer dogs too have been pressed into service to help in the rescue operations

“We are moving some more resources from Bathinda and they are being airlifted including our canine squad so that they could sniff out the live victims wherever they would be and some more equipment which is necessary for this situation and some additional manpower is also being sent. This all is being airlifted to Srinagar and then it will be ferried by helicopters to the location. So that the team could be strengthened with exactly what they need,” said an officer.

Army has dispatched two “Through Wall Radars” and 2 search and rescue dogs to the holy cave for the rescue operation.

Officials said the search operation continued till 4.30 and it was suspended for a while because of the rains. It has been resumed again.

Officials said the Yatra has been temporarily suspended.

The 43-day Amarnath pilgrimage began on June 30 and more than 90000 pilgrims have paid obeisance at the holy Cave shrine.

Situated at an altitude of 3,888 meters, the holy Amarnath cave is accessible from two routes in Kashmir Valley. The 46-km Pahalgam–Holy cave trek is an ancient pilgrimage route that is covered in five days. There lies the ice lingam of Lord Shiva that is formed naturally and waxes and wanes with the moon. The new 14-kilometer Baltal-Holy cave route is now preferred by the pilgrims since it is shorter though steep, and the journey can be completed in a day.