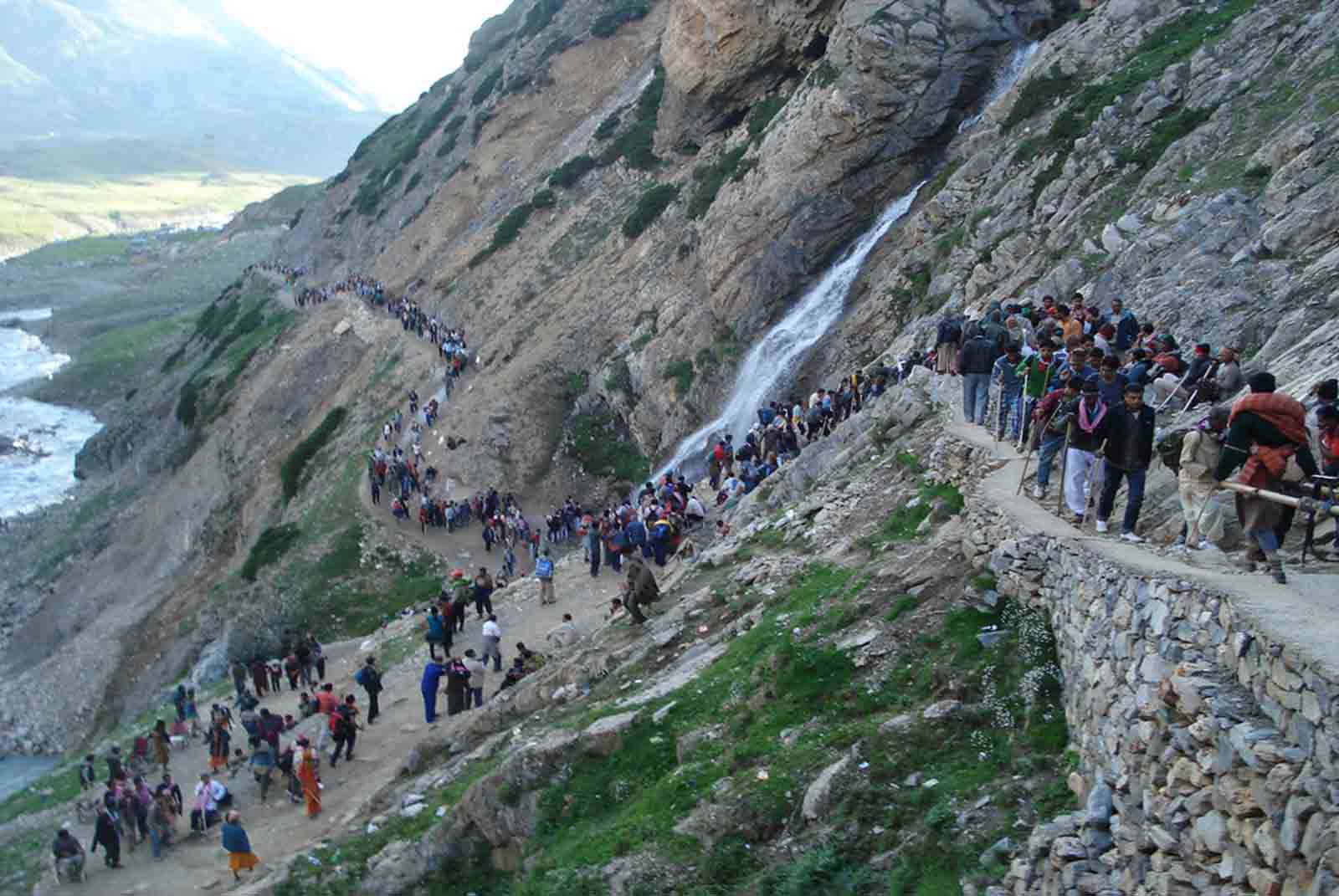 Officials of the Shri Amarnath Shrine Board (SASB) which manages the affairs of the annual Yatra said, “Since the Yatra started on June 30 this year, 1,99,453 have performed the Yatra.

One pilgrim passed away on Monday taking the number of pilgrims who died due to natural causes so far to 32.

Officials said another batch of 4,898 pilgrims left Bhagwati Nagar base camp in Jammu for the Valley on Tuesday in two escorted convoys.

Those using the Baltal route have to trek 14 km to reach the cave shrine. They return to the base camp the same day after having Darshan.

Those using the traditional Pahalgam route have to trek 48 km for four days to reach the cave shrine.

Helicopter services are available for the Yatris on both routes.

Situated 3,888 meters above sea level, the cave shrine houses an ice stalagmite structure that wanes and waxes with the phases of the moon.