Alleviating the fear of Covid-19 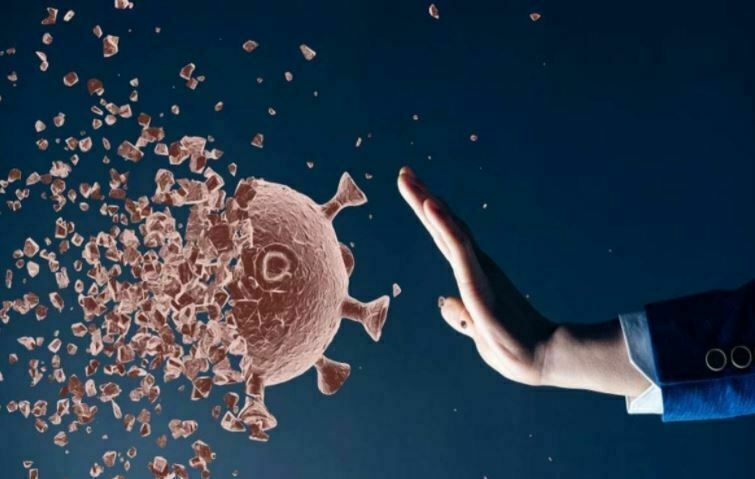 Fear: a natural disposition concealed within the human soul, thriving on uncertainty, assumptions, and imagination. Often triggered by shock. A condition that grows in certain circumstances. But controllable if treated properly and in time.

The ongoing pandemic, the worst in the last 100 years at least, has really given wings to our fear of the unknown. The virus has left the whole world baffled as it devoured millions and impacted many more. In this article, we will try to look at fear from the perspective of Islam, and try to learn how to deal with it.

First of all, fear is not something shameful or unnatural. So, if you fear something, it is perfectly natural. In fact, the problem arises when someone says he or she is not afraid and brags about it. A brave man is not the one who claims he is not afraid of anything. Instead, the brave are the one who take necessary action to get rid of the fear. Expressing fear, unfortunately, is viewed as a sign of weakness in our societies.  Many people, who suffer from real or imaginary fears, do so for various reasons, depending on environmental, physical and psychological factors.

It will be accurate to say that we all are born with fear. Infants fear the new environment, which until their birth is unknown to them. The mother’s womb is the only world they know and have lived until then. Hence, they cry. A natural way to express fear and uncertainty.

And since fear is a natural disposition deep in human nature, the experiences which a human being encounters right from his or her childhood have a crucial role in affecting and stimulating this instinct in the psychological development of the person.

Scholars have realised this and stated that human beings are inclined to fear by instinct. They have confirmed this statement from the Qur’anic words: [(Verily, man was created anxious) Surah Al-Ma’arij (70) Verse: 19] and the hadith of the Prophet (blessings and peace of Allah be upon him): “The worst things that a man can be given are: alarming niggardliness and unrestrained cowardice” (Narrated by Abu Dawud: 21, Imam Ahmed: 2/302-320 and Albani classified it as Sahih in his Sahih al-Jami)

The two biggest and the most real fears in this world are: fear of sickness and fear of death. And these days, the pandemic has really thrived on both of them. We fear we may get infected and fall ill. And the bigger fear is that we will die of it.

Fear of sickness: The idea of the fear of sickness is actually wedded into other fears that we associate with the state. We fear sickness because we are afraid of death, of pain and suffering, of being stuck by a chronic disease, and lastly, of alienation from our kin.  The symptoms of this fear are increased suspicion, avoidance, and relating even a normal behaviour with an imaginary disease. For example, a person who fears cancer thinks that any swelling that appears in this body might be a sign of the disease.

As for the times of a pandemic, it is natural that most people fear they might get infected. To counter this fear, we must put our trust in Allah. And the best way to do so is making sincere dua, seeking Allah’s protection, and adopting the treatment and following the precautionary measures. The Prophet (blessings and peace of Allah be upon him) said: “If plague strikes a land and you are inside it, do not leave it, and if it strikes a land and you are not inside it, do not enter it.” [Reported by Tirmidhi and Albani classified it as Hassan in Al-Jami]

As for other non-contagious diseases, such as cancer or heart ailment, the way to deal with their fear is avoiding anything that causes them in the first place. For example, doctors have agreed that smoking causes cancer, and unregulated eating is one of the causes of heart diseases. Hence, we must avoid smoking, and eat healthy.

What we must do to alleviate the fear of sickness:

1.   Seek Allah’s help and protection in the way taught by our beloved Prophet (blessings and peace of Allah be upon him).

Ahmad (13004), Abu Dawood (1554) and an-Nasaa’i (5493) narrated from Anas (RA) that the Prophet (blessings and peace of Allah be upon him) used to say: “Allahumma inni a‘oodhu bika min al-barasi wa’l-junooni wa’l-judhaam wamin sayyi’ al-asqaam (O Allah, I seek refuge with you from vitiligo, and from insanity, and from leprosy, and from bad diseases).”

This is indicated by the teachings and practice of our Prophet (blessings and peace of Allah be upon him), as he instructed us to seek medical treatment, and highlighted the importance of taking precautions against infection; he instructed us not to put sick camels with healthy camels, and not to travel to a land where a plague is occurring. The Prophet (blessings and peace of Allah be upon him) said: “Seek medical treatment, for Allah, may He be glorified and exalted, has not created any disease but He has also created a remedy for it, except for one disease: old age.” narrated by Ahmad (17726) and the authors of as-Sunan, Abu Dawood (3855), at-Tirmidhi (2038), and Ibn Maajah (3436). Classed as saheeh by al-Albaani in Saheeh Abi Dawood.

3.   Vaccinate against the disease which is a form of preventive medicine.

5.   Being patient: The Prophet (blessings and peace of Allah be upon him) said “Strange are the ways of the believer for there is good in every affair of his. This is not the case for anyone except the believer. If he has the occasion to feel delight, he thanks Allah and there is good in it for him. If trouble befalls him and he endures it patiently there is a good in it for him.” [Sahih Muslim-The Book of Zuhd]