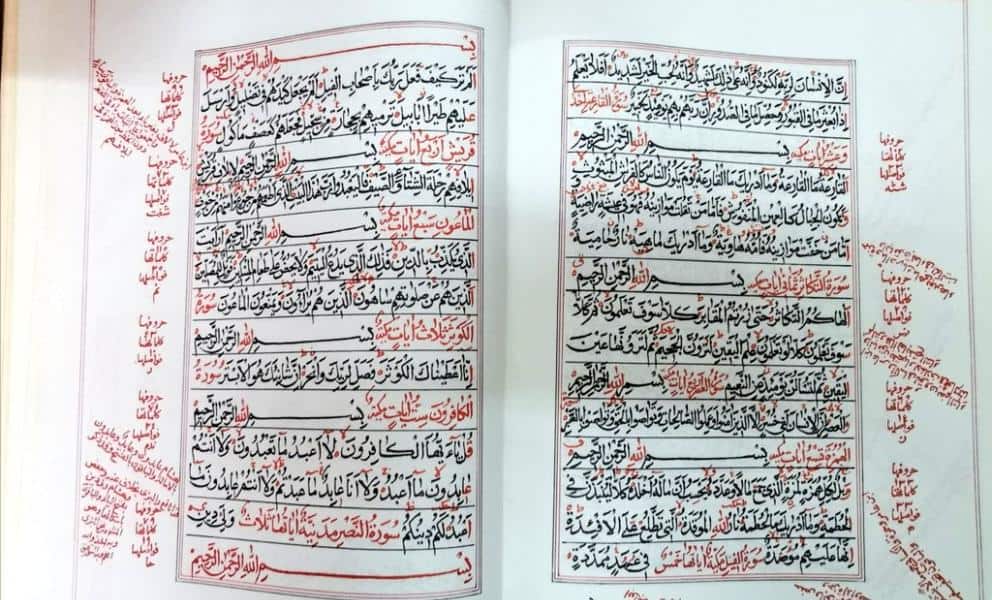 Riyadh: A 12th-century copy of the Holy Quran has been unveiled at Riyadh International Book Fair.

Saudi Press Agency (SPA) reported that the manuscript of “Quran of the Seven Readings”, written by Abdullah bin Bashir Al-Hadrami, one of Sohar’s scholars in the 12th century AH, bears the entire text of the Holy Quran, with a notation of the seven readings in the footnotes.

The manuscript differs from the traditional way of writing the Quran and is characterized by rare artistic aspects.

Each part of the Holy Quran begins on the left page and is divided into 8 sheets, or 16 pages, the manuscript of “The Qur’an of the Seven Readings”, written by Abdullah bin Bashir al-Hadrami.

As for the eighth line in the middle of the right page, the first letter of it is the same letter with which the eighth line of the left page begins, contrary to what is prevalent in writing the Quran.

The Riyadh International Book Fair began on September 29, with the participation of 1,200 publishing houses – representing 32 countries, including Tunisia, as the guest of honor in this session.

The exhibition – organized by the Saudi literature, publishing, and translation authority under the slogan ‘culture classes’ will continue until October 8 at the Riyadh Front.