All you want to know about zero currency notes 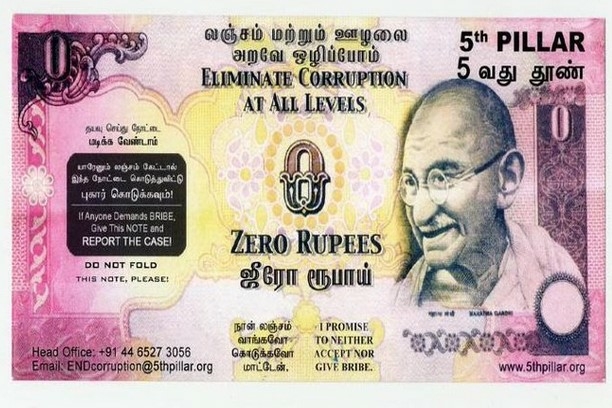 Have you ever seen or heard of zero currency notes? Wonder what it means!

Zero rupee notes are in vogue in the country but for a different purpose. They are not legal tender. They have been introduced to combat corruption. It all dates back to 2007 when an NGO `Fifth Pillar’ introduced this note.

The note has contact details of the authorities on the backside, and the motive of the note is to dissuade bribery in any form. So, whenever some official asks for a bribe, citizens are encouraged to ‘pay’ these zero rupee notes.

This Tamil Nadu-based NGO has actually printed millions of these notes in various languages like Hindi, Telugu, Kannada, and Malayalam, and its volunteers distribute these notes at public places such as railway stations, bus stations, and markets in order to raise awareness about bribery, and share their primary goal of eradicating corruption. There’s even a cheeky note within the note that says- If anyone demands a bribe, give this note and report the case.