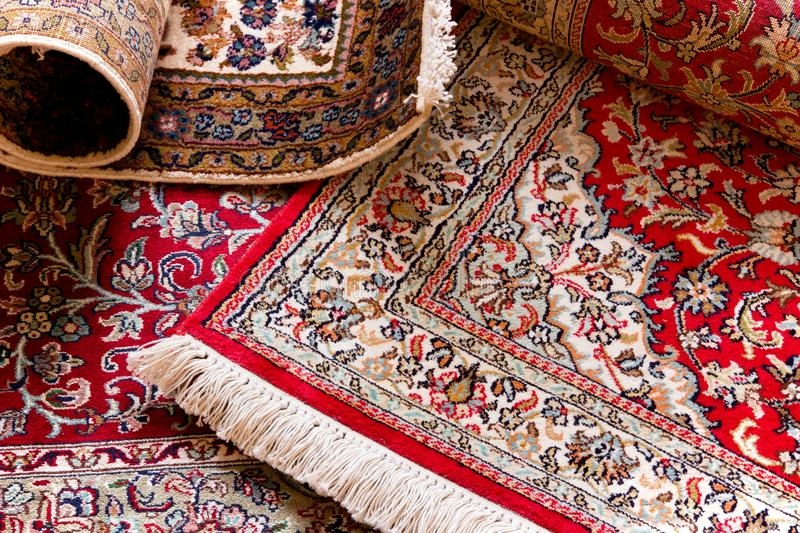 A delegation of Kashmir Chamber of Commerce and Industries (KCC&I) led by its president, Sheikh Ashiq Ahmad met Principal Secretary, Industries and Commerce, Ranjan Prakash Thakur and apprised him of the plight of the people associated with carpet industry.

The president, according to the spokesperson, suggested the need for establishment of model carpet villages and put forth strategies to save 700-year-old industry and sought government’s support in its preservation, promotion and revival at local, national and international level.

The delegation led comprised of All Kashmir Carpet Manufacturers & Traders Association, Meeras Carpet Weavers Co-operative Ltd. and Kashmir Carpet Cluster Development Organization which suggested measures to be adopted by the government for the revival of the industry and end the sufferings of the traders, weavers and artisans associated with it.

They requested for establishment of Model Carpet Villages in identified areas affiliated with the production of Handloom and Handicraft prod-ucts by developing infrastructure in an organized manner.

“200 Kanals of land should be initially provided to manufacturers and exporters in an organized way and stakeholders should be asked to apply online and submit relevant Detailed Project Report (DPR),” said the KCC&I spokesperson.

“To encourage the stakeholders and benefactors, the land rate should be given at vary concessional rates. Besides that carpet looms should be provided to each unit of Carpet Village as per the requirement,” the spokesperson added.

As the industry is on decline, and its condition is worrisome, the delegation apprised the authorities of its hay days when just two decades ago more than 100 exporters were involved in exporting Silk Handmade Carpets which has declined to handful, who are also at the verge of closing down their units.

“In order to prevent the extinction of this heritage industry, the delegation requested Principal Secretary that exporters should be given incentives like Export Subsidy to all handmade craft products besides soft loan for manufacturing, compensation of freight subsidy and establishment of artisan welfare Board,” the spokesperson said.

“To procure Silk Handmade Carpets from the Industry to the tune of Rs. 100 Crores and relevant Nodal Agency can be play a vital role in procuring this 100 Crores so that work force presently involved in this  Industry is relieved,” said its president, besides suggesting other follow up measures to address the declining problem of exporters. The president suggested incentivizing Export Subsidy to Silk Hand-made Carpets which are exported at a rate of 20% instead of 10%.

The KCCI delegation thanked the Principal Secretary Industries and Commerce, Ranjan Prakash for listening patiently to their demands, is-sues, suggestions and grievances. They expressed hope that by the intervention of Lieutenant Governor Manoj Sinha, and Chief Secretary J&K, Arun Kumar Mehta, the Carpet Industry will be revived to its lost glory.