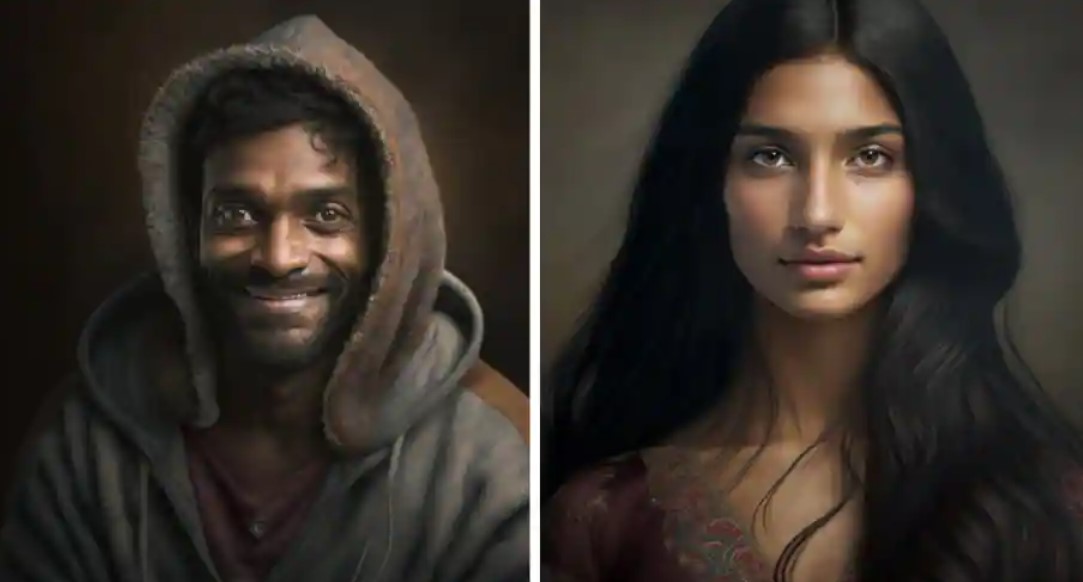 The two Twitter threads, each with at least 30 photographs, included men and women from states including Delhi, Goa, Maharashtra, West Bengal, Kerela, and more. These images were produced by the AI-powered programme “midjourney,” which creates images based on prompts supplied by the user.

In addition to the countless AI-generated photographs currently trending on social media, an artist by the name of Madhav Kohli recently took to Twitter to present portraits of what men and women from various Indian states would’stereotypically’ look like.

In response to criticism of some of his images, the artist has also provided the definition of a “stereotype.”

The artist then posted the second set of AI-generated pictures on Twitter on Thursday and Friday with the comment, “Indian women, made using clichéd descriptions and ai.”
The artist created the images in this thread by drawing on stereotypes of women from various states. Some of them appeared like this:

Additionally, the artist has mentioned that he will start a third Twitter thread about “other abnormalities.” There will be one more thread for stereotypes tomorrow, and then we’re finished, Kohli went on to say. This won’t be based on regionality, but rather on oddities, traits, and motivations. Much less irksome and much more intriguing.