After heart attack, Maulana Tariq Jamil to be discharged in 3 days 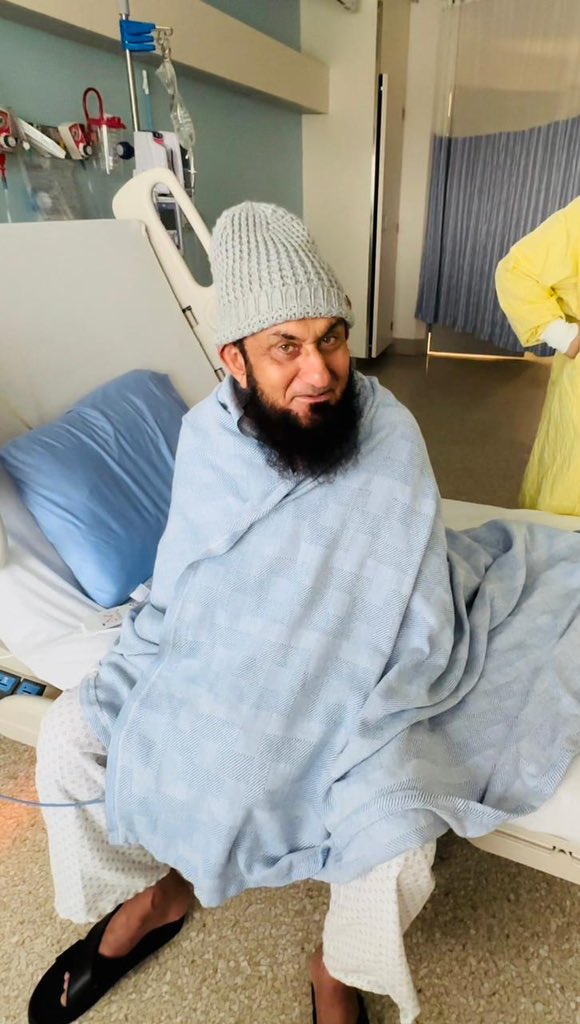 Prominent Pakistani religious scholar Maulana Tariq Jamil on Wednesday said that he will be discharged from the hospital after suffering from a heart attack in Canada a day earlier.

He shared the news through his Twitter handle.Wearing a beanie, the Maulana with a smile on his face, thanked Allah and his followers, saying he is feeling better now and mentioned that he will be discharged after staying under doctors’ surveillance for three more days.

Earlier, Maulana’s son Yousaf Jamil informed that his father suffered cardiac arrest and had been shifted to a hospital in Canada.