After Chandigarh, protest breaks out at Lovely Professional University over student suicide 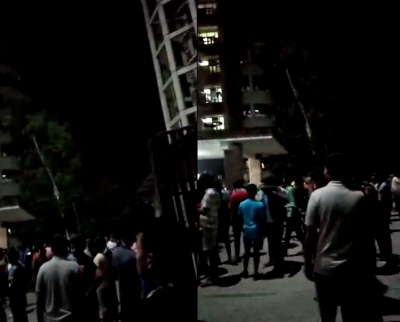 Days after Chandigarh University in Punjab’s Mohali district saw widespread agitation by students over the alleged “leaked objectionable videos”, a huge protest broke out in another private university, Lovely Professional University, after a student allegedly committed suicide in a hostel room.

The protesting students alleged this was the second suicide reported on the campus on the outskirts of Jalandhar city in the past 10 days.

Amid heavy police deployment, the protesting students demanded to know the reasons behind both the suicide cases.

They said that news about the last suicide had gone unreported as university authorities settled the issue “within closed doors”.

Police have identified the deceased as a 21-year-old male student, studying in the first year of B. Design. He hailed from Kerala.

Deputy Commissioner Jaspreet Singh told the media, “We received information about the suicide of the first-year student of the university at around 5.30 p.m. on September 20 following which a police team rushed to the varsity for investigation and sealed the spot.”

As per the police, a suicide note was also recovered, citing a personal reason for taking the extreme step.

As the news about suicide spread, students gathered in large numbers on late Tuesday to protest with the slogans “We want justice”. They were demanding thorough investigation into the incident.

Lovely Professional University (LPU) in a statement said: “LPU fraternity is saddened by the unfortunate incident. The initial investigations by the police and the contents of the suicide note point towards personal issues of the deceased.

“The university is providing full support to the authorities for further investigation. The university mourns the loss of the student and expressed its condolence to the bereaved family.”

The Deputy Superintendent of Police, investigating the case, said prima facie the student was having some personal issues, as has been suggested by the suicide note left by the deceased.

“The parents of the student have been informed, who are reaching the university. Further police investigation is under process,” he said.

The incident in prestigious LPU comes four days after protests rocked Chandigarh University campus as some students claimed that a hosteller had recorded several objectionable videos of women students in the washroom.

As the matter drew angry political reactions, Chandigarh University authorities clarified that “no videos were found of any student which are objectionable, except a personal video shot by a girl which she shared with her boyfriend”.

Also dismissing reports of suicide attempt by some students who were allegedly filmed, the authorities said: “There are rumours that seven girls have committed suicide whereas the fact is that no girl has taken any such step”.

The DGP had said one student and two others were arrested.