After a year of denial, WHO, scientists accept that Covid is airborne: Read what made them change their opinion 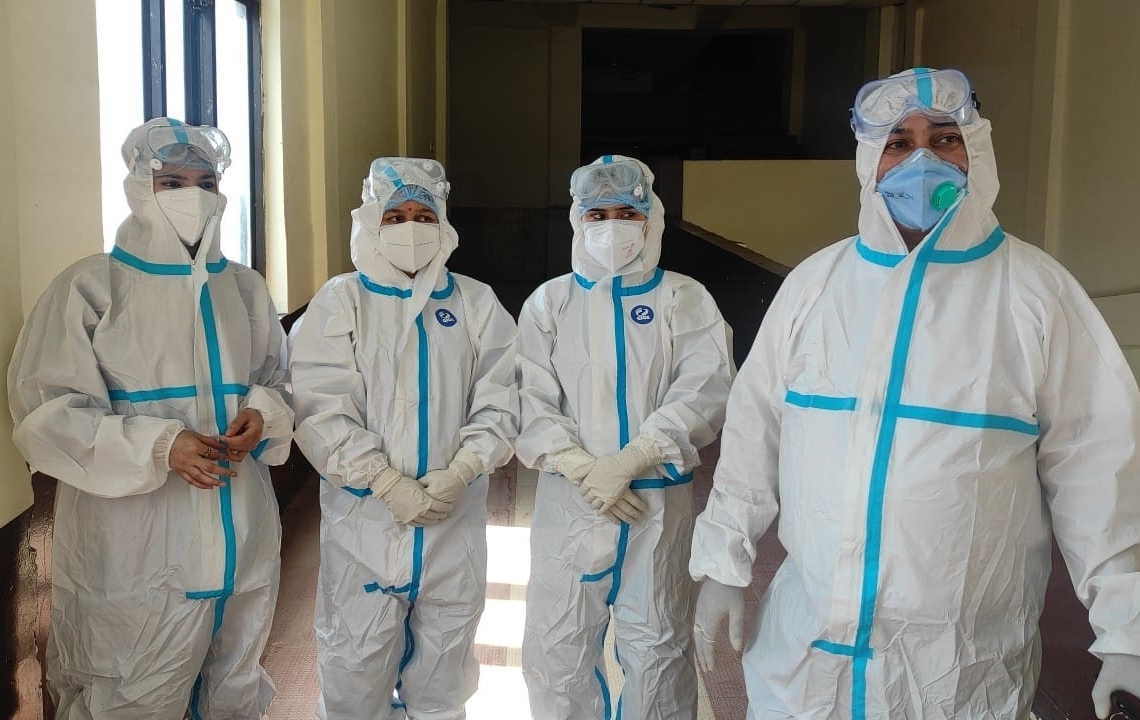 When the coronavirus pandemic outbreak began last year, scientists and major world health bodies around the world claimed that SARS-CoV-2 transmitted through droplets. The global understanding was that these droplets came out of nose or mouth of an infected person as he or she coughed, sneezed, or just spoke.

Following this understanding, the World Health Organization (WHO) last year issued guidelines which are immediately picked up by most countries around the world. The guidelines which we now know as SOPs include maintaining a distance of six feet, frequent washing of hands, using sanitisers, and wearing of masks.

However, a year later, on April 30, the World Health Organisation (WHO) has acknowledged that the Coronavirus can also be airborne. After denying for more than a year, the WHO finally updated the mode of Covid-19 transmission and said that the disease can be an airborne threat.

It said, “the virus can also spread in poorly ventilated and/or crowded indoor settings, where people tend to spend longer periods of time. This is because aerosols remain suspended in the air or travel farther than 1 metre (long-range)”.

The Centers for Disease Control and Prevention (CDC) of the USA had also admitted earlier this month that the Covid-19 virus can be airborne, after denying the same for a year.

The transformation in understanding of the virus’ transmission route has taken some time during the pandemic, but it has come so far thanks to the relentless efforts of few scientists in convincing the health authorities with their insightful arguments based on solid science.

Few days back, the Wired published a chronicle of how Linsey Marr, an aerosol scientist, working with other non-physicians struggled to convince the CDC and WHO that their perception had to be changed. The chronicle titled “The 60-year-old Scientific Screw-Up that Helped COVID Kill” began with Marr’s participation in a virtual conference back in April 2020 with other health experts, including those from the WHO and the CDC and other scientists around the world. The proposal that the virus must be airborne, by Marr and other aerosol scientists, was rejected in the conference with virtually no hearing.

There is a similar story to that of the SARS outbreaks in 2003. An indoor air researcher from the University of Hong Kong, Yuguo Li, provided strong evidence from his investigation that the coronavirus could be airborne. Li made a name for himself with his insights during the SARS outbreaks. However, he also had to fight to convince the health community about aerosol transmission and go beyond the 5-micron paradigm. In the earlier days of the Covid-19 pandemic, Li, with his prior knowledge of aerosol transmissio,n could convince the administrators of his university that most of the COVID-19 budget should be allocated for upgradation of ventilations in buildings and buses. In his university, which has over 30,000 students, only 23 got COVID-19.

Marr, after facing the rejection, not only kept on pushing the idea, but also dug deeper to find from where the dogma of 5-micron droplet size originated. Katie Randall, a graduate student, was assigned to search the history of the assumptions used by the WHO and the CDC. What came out of it is the underlying assumption in the Guidelines that particles of a size larger than 5 microns cannot be airborne.

That this assumption is outdated was proposed by Marr, well before the COVID19 outbreak took hold of the world. Her research paper, in 2011, was rejected by major medical journals except the Journal of Royal Society Interface. She performed new experiments and gathered stronger evidence that influenza was infecting people through aerosol, but it received only a lukewarm response in the medical research community.

What Katie Randall’s search revealed was how the 5 micron assumptions became a world-wide norm. She found that it was based on research on tuberculosis in 1930s and 40s. She was able to find a book authored by Harvard engineer William Firth Wells in 1955. More than half a century ago, Wells had proven that particles much larger than 5 microns can be airborne. He showed that a 100-micron particle can also become airborne, travel far through the air and remain afloat for quite some time. People can breathe such airborne particles and get infected. Ironically, Wells’ work could not find an acceptance even at that time by none other than the CDC.

In July last year, Marr along with some of her colleagues, initiated a campaign, where 237 other scientists and physicians signed. They wrote an open letter addressed to public health authorities, including the WHO, wherein they advocated for stronger recommendations for ventilations along with masking; otherwise, they stated, that the airborne transmission of the coronavirus would undermine every other effort like testing, tracing and social distancing.
This effort could catch the headlines. Soon after, the WHO came up with an updated brief where it acknowledged that aerosol cannot be ruled out, specifically in the areas that are poorly ventilated. However, WHO stuck to its 3 to 6 feet rule.

Marr continued to work to create awareness about the misunderstanding about aerosols. She tied up with Kimberly Prather, an atmospheric chemist at University of California, San Diego. They sent slides to Antonio Fauci, the director of NIAID ( National Institute of Allergy and infectious diseases). That was also in the month of July. One of the slides showed the trajectory of a 5-micron particle coming out from the mouth of a person of average height and it showed that the particle could travel beyond 6 feet. Fauci, after few weeks, said during an occasion at the Harvard Medical School that the 5-micron distinction was wrong. He said,“ Bottom line is, there is much more aerosol than we thought.”

However, the dogma did change. In October last year when Marr, along with a group of scientists and doctors, published a letter in thd Science where they urged everyone to understand how infectious particles travel. A month before the letter was published, CDC had updated its guidelines and said that the “main way” the novel coronavirus spreads is through droplets and aerosols. It was acknowledged in detail in a scientific brief published on May 7, 2021, on the CDC website. In case of the WHO, it was in December last year that the organisation began to talk about the possibility of airborne transmission of the virus. But it took another four months for it to finally say that the virus can spread via aerosols as well as via large droplets, which was published in its website on April 30.

Its late, but at last, the airborne transmission is accepted this time.