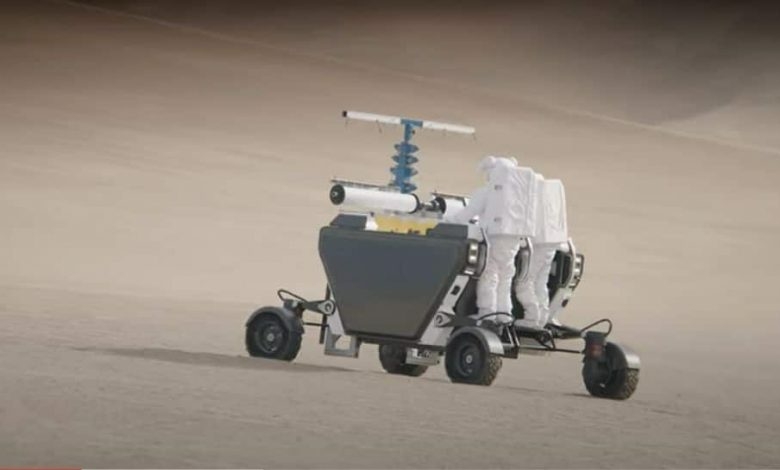 Washington: US-based aerospace startup Venturi Astrolab has unveiled a prototype of an interplanetary rover that is designed to transport cargo and people across the surface of the Moon – and eventually, Mars one day.

Called FLEX, for Flexible Logistics and Exploration, the truck-sized rover can crouch down and lift payloads up from the surface of the Moon, carrying them under its belly before depositing them at their intended location, the Verge reported.

The rover can manoeuvre semi-autonomously, be controlled remotely – or it can even be modified to include a crew interface, allowing astronauts to ride on the rover while guiding it through lunar terrain.

With its “modular payload concept,” it can also carry many different types of objects, the report said.

The company, launched in January 2020, said it plans to build a fleet of these rovers over the coming decade to help NASA and commercial companies establish a long-term presence on the Moon.

Both FLEX and Astrolab aim to capitalise on the world’s renewed push to send people back to the Moon,A Jaret Matthews, Astrolab’s CEO was quoted as saying.

Currently, NASA is working to send the first woman and the first person of colour to the Moon through the space agency’s Artemis programme.

Meanwhile, several space firms like SpaceX, Blue Origin, Astrobotic and Intuitive Machines, are developing their own landers that will be able to take people as well as cargo to the lunar surface.

Astrolab recently conducted a test drive of a full-scale prototype of FLEX, in the California desert near Death Valley, the report said.

The company used FLEX to pick up and deliver payloads, as well as set up a vertical solar panel — a critical technology needed for in-space energy that future lunar astronauts will probably need to set up to stay on the Moon long-term, Matthew noted.