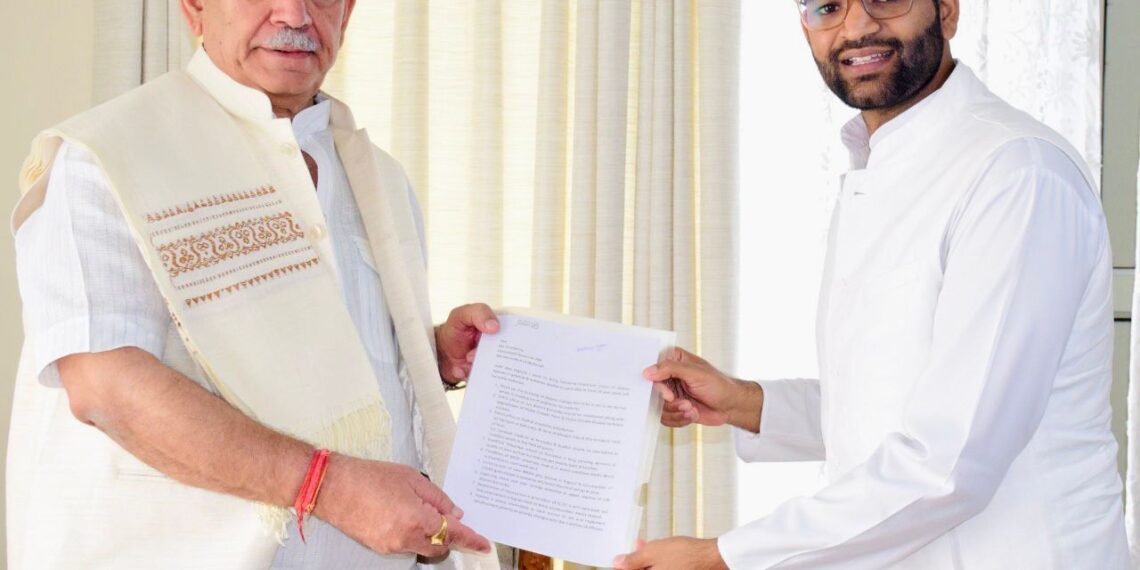 In a meeting,  he submitted detailed memorandum of demands for the development of Kotranka, Budhal and Khawas in  Peer Panjal region.

He further requested his excellency for improving road conditions in rural areas of Budhal constituency including Peeri Road, Khawas Road, Kanchi Morh to Gai bass Narla road etc along with BGSB university Rajouri which is in worst condition.

He also requested LG for establishing SBI bank branch  at Kotranka, JK bank branch at Mandar Gala, Kha Jamola & Gai Bass of Narla. Outdoor stadium at Kotranka & Budhal was also mentioned in memorandum. He also requested for making PHC’s functional in far flung areas. Guftar requested his excellency for the regularisation of daily wagers & need base workers of J&k. He urged for starting recruitment process in electrical engineering wing as thousands of students are suffering. He also requested for exemplary Punishment against the scammers who destroyed precious time of hard working students.

Lieutenant Governor Manoj Sinha gave a patience hearing to the demands and assured him that the genuine issues would be  considered.