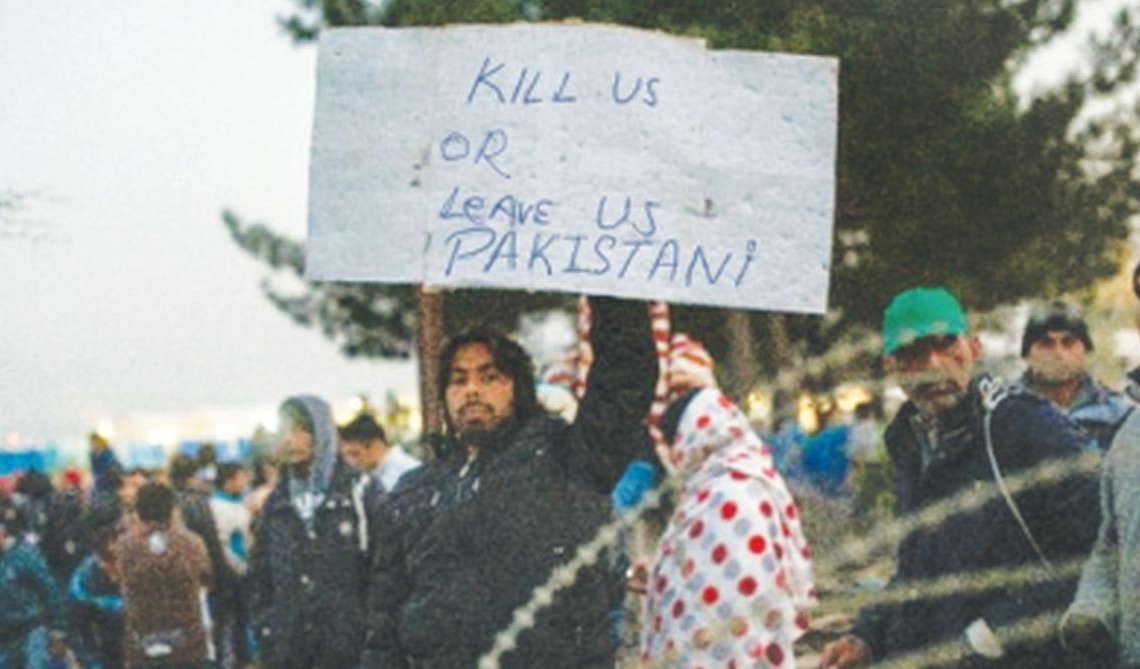 The number of people living outside their country of birth is more than 250 million. Over 10 per cent of these are refugees, distinct from migrants in that they are fleeing war or persecution, and by international law cannot be forcibly returned to their home countries. Around 1.4 million of these, primarily Afghans, reside in Pakistan (the overall number of Afghans in Pakistan is closer to 3 million).

Some members — the US and a clutch of Eastern European countries — have pulled out of the pact on the basis that it undermines national sovereignty, ostensibly because it dictates how countries should control their borders. This complaint is an unfounded grumble by administrations that have generated political traction through fear-mongering about a migrant influx. The pact, which is non-binding, primarily aims to limit the suffering of the displaced resulting from unnecessary horrors such as child separation.

That the pact has generated controversy is absurd, particularly in the context of the refugee crisis. Amnesty International estimates that 85 per cent of refugees are hosted by developing countries — the top slots are held by Turkey, Jordan, Pakistan and Lebanon. And many of these, such as the Afghans in Pakistan and the Palestinians in Jordan, are protracted refugees — in the former case, going on to four decades. That the world must question the need for border crossings to be humane, safe and orderly shows how toxic global discourse on this issue has become.

Pakistan’s experience shows that challenges related to migration continue through the long-term: distinguishing between migrants and refugees; deciding whether to isolate or integrate them; determining the appropriate amount of service delivery.

For many years, Pakistan prided itself on hosting the world’s largest refugee population. But then the issue became hijacked by securitised narratives. In political discourse, the Afghan population has been criminalised and made to bear disproportionate blame for domestic militancy.

The PTI government’s decision to explore granting citizenship to around 1.5 million Afghans is admirable in this global context. It recognises the injustice of denying basic rights to those who cannot return to their home countries (or who view the country of their refuge to be home). And it nuances the security narrative. In a speech on the issue in Karachi, prime minister Imran Khan correctly identified the link between the state’s failure to grant Afghan migrants and refugees official status, their marginalisation, resulting economic hardship and, in some cases, resort to criminal activities.

The tone of the speech was a marked departure from that of previous governments that have emphasised repatriation and coerced it despite humanitarian consequences.

Domestic politics will prevent Pakistan from a quick move towards granting Afghans citizenship. The chief ministers of Sindh and Balochistan criticised the plan. There are valid concerns about what granting citizenship to Afghans, who are predominantly Pakhtun, would mean for the political landscape of cities like Karachi and Quetta, already vulnerable to competition and conflict along ethnic lines. Discussions about resource allocation for provinces with larger Afghan populations, such as Khyber Pakhtunkhwa, will also spur interprovincial tensions. It is no surprise the issue has stalled over recent months.

But it should not. By continuing to address the refugee crisis, Imran Khan can set high international standards. It can once again be a point of pride for Pakistan that despite its myriad challenges it has acted with more maturity and humanity than superpowers. Such a move would put Pakistan at the cutting edge of global debates on migration, and help it form stronger alliances with like-minded nations.

It would also help it be more strategic about its foreign policy goals and service delivery roll out. If Pakistan wants to stem — and then reverse — the tide of Afghan migration, it must do whatever it can to find a negotiated settlement to the Afghan conflict.

Separately, it should recognise that irrespective of stability in Afghanistan, a large Afghan population would remain in Pakistan. This is the generation that has been born here, that is being educated in refugee camps in Urdu and English rather than Dari and Pashto, and that calls Pakistan home. These Afghans must be counted among active participants in Pakistan’s economy and society, who can help forge stronger bilateral ties, and catered for with adequate service delivery. For Pakistan’s own sake, let’s hope the premier can live up to this promise.