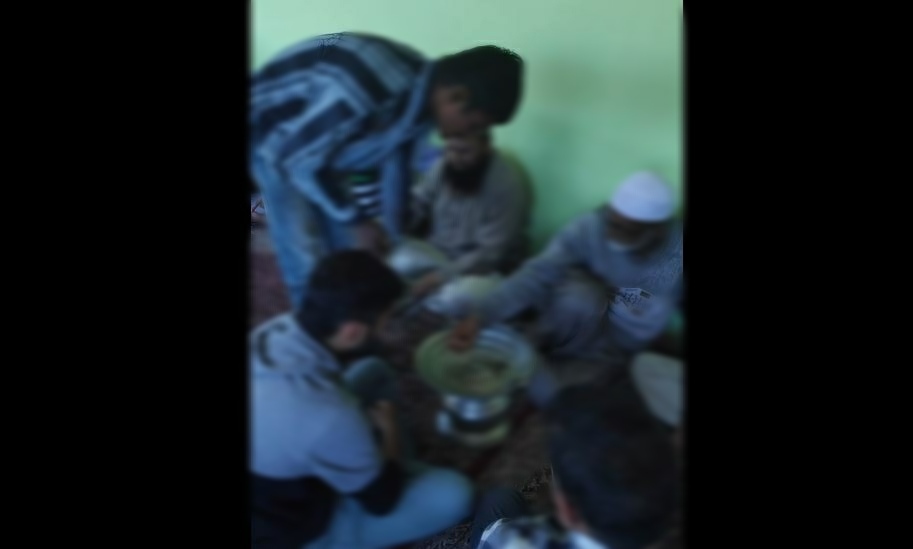 Srinagar: A video showing a few non-locals serving wazwan during a wedding has gone viral on social media.

The video posted on Facebook by a page ‘Kashmiri in Turkey’ has garnered thousands of views with hundreds of users commenting and sharing it.

The 23-second long video shows a non-local carrying a tashi-naer (copper utensils used to wash hands before eating) and pouring water to a group of four as they sit to relish the wazwan.

The non-local is also seen serving the trami (a wazwan platter for four people) to the guests while another is seen carrying the basket which has water and other assortments.

The video is interesting since it is probably for the first time that non-locals have been seemingly employed to serve wazwan in a Kashmiri wedding.

“If things go like this, soon we will see non-local waza (traditional Kashmiri cook). Do mention your views,” read the caption on the video.

The video, going by the clothes people have worn, seems to be from either summer or early autumn, though the place and exact time was not confirmed.

While the video was seen by thousands, the comments suggested that Kashmiris did not encourage the practice of involving non-locals.

“Not worry. Now they will serve and prepare Waazwaan, Hum Kashmiri sirf khaye gain (we Kashmiris will only eat),” read a comment.

Another user wrote: “Never demean your cultural values be it a rich or poor serve yourself.”