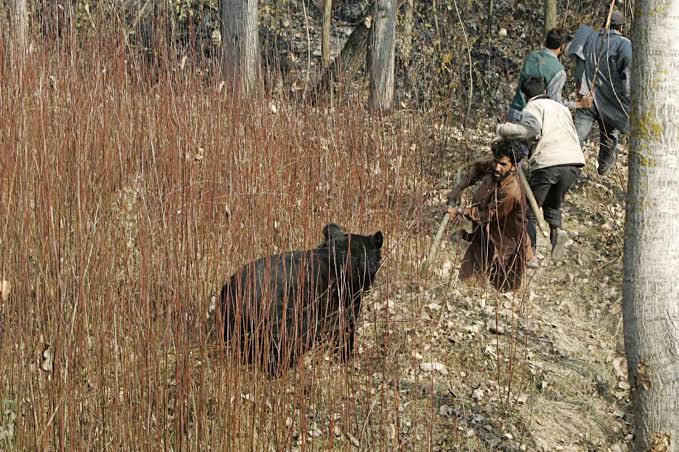 Srinagar: Kashmir is witnessing a sharp increase in the incidents of human-wildlife conflict with over 12 deaths reported in the last seven months.

Wildlife Department data accessed by The Kashmir Monitor reveal that man versus animal conflict has claimed the lives of 23 persons since 2021.

Figures suggest that around 11 deaths and 123 people were injured between 2021 and 2022. However, the instances of man-animal conflict have seen a dramatic rise as 12 deaths and 86 injuries have been reported from April till now.

In September itself, five children were killed by a leopard in the border town of Uri. Consequently, the wildlife department had to hire seven teams of hunters to capture the man-eater leopard. Simultaneously, the department issued an advisory asking people not to move alone in the forest areas of Uri.

A senior official of the Wildlife Department, Kashmir, said multiple reasons contribute to increasing man-animal conflict in the region.

“One of them being the change of agricultural land use in rural and semi-urban areas from traditional crops (paddy) to cash crops (fruits, mostly apples). This attracts bears which get good quality and large quantities of food in an orchard, rather than in the forest,” he said.

The official noted that the lack of buffer between forests and orchards is another factor. “Orchards begin, where your forests end. We have over the years created pseudo forests at the fringes of real forests and animals get a good continuous cover and feel at home,” he said.

He pointed out that habitat degradation and increasing densities of livestock grazing in protected areas are also significant reasons behind the surge in these incidents.

“Human-wildlife conflict is certainly increasing. Most of the attacks due to bears and leopards are devastating. Most of the survivors of such attacks are left with some degree of disability and psychiatric disturbances. Maintaining ecological balance is the best way to control human-animal conflict,” the study published in the International Journal of Research in Medical Sciences, concluded.