A FIRST IN 250 YEARS: Renovation of Jamia Masjid minarets begins 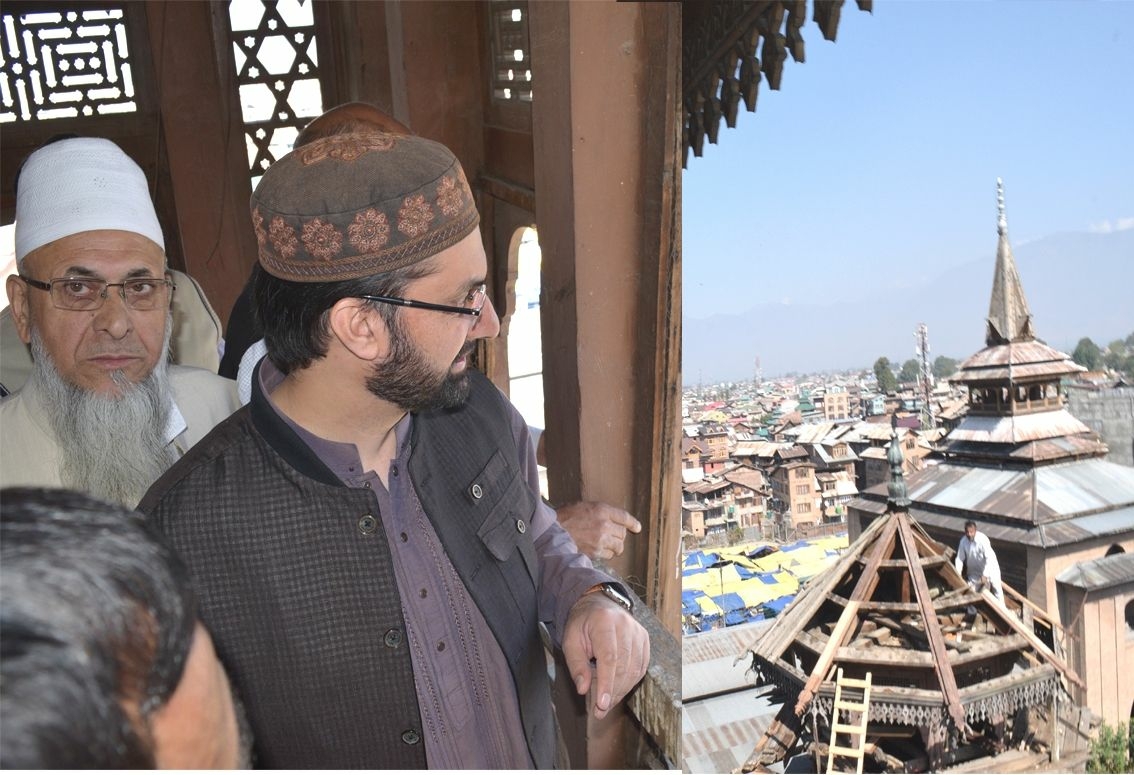 Srinagar, Oct 2: After nearly 250 years, the historic Jamia Masjid in Srinagar is all set to get a new look as the restoration work of the minarets of the Mosque began on Tuesday.

The restoration work is undertaken by Anjuman Auqaf Jamia Masjid under the supervision of experts.

Hurriyat (M) chairman Mirwaiz Umar Farooq, who is also chief cleric of the grand Masjid, shared the picture of the restoration work on Twitter.

“Alhamdulillah, restoration work in progress on the heritage minarets of the historic JamaMasjid after a gap of around 250 years .Under the supervision of experts work undertaken by Anjuman Auqaf Jamia Masjid,” Mirwaiz tweeted.

A statement issued by the Anjuman-e-Auqaf said the Mirwaiz chaired a meeting of the members to take the stock of ongoing repair and restoration work at Jamia masjid under the supervision of experts.

“Mirwaiz also took on the spot inspection of administrative works and overall cleanliness drive in and around Jama Masjid,” it said.

“Despite limited resources with the Anjuman this work has been untaken by them with the help of experts to preserve the minarets and restore them to their original beauty. While repairing these minarets extreme care is being taken to maintain their originality,” said the statement.

Jama Masjid is the religio-cultural and spiritual centre of Kashmir and tourists never miss an opportunity to visit the grand masjid.

The Mughal-era Masjid, constructed in Persian style, is situated in the middle of the Old City at Nowhatta. It was built by Sultan Sikandar Shah Kashmiri Shahmiri in 1394 CE, under the order of Mir Mohammad Hamadani.