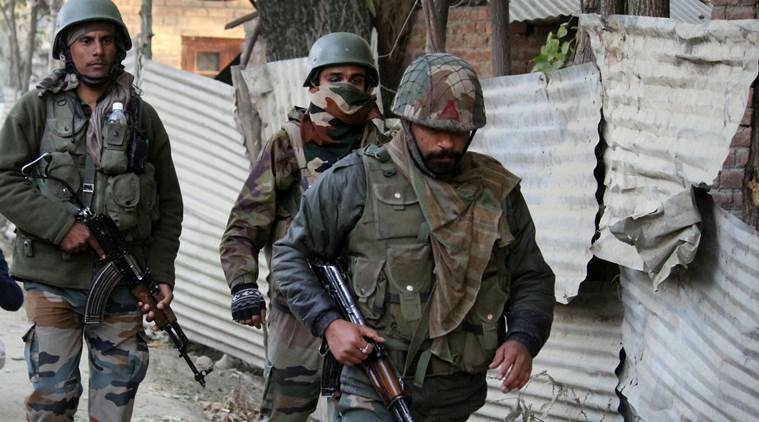 Srinagar, Mar 11: The Indian Army has said that in the first 70 days of 2019 armed forces have killed 44 militants and most of them were associated with the Jaish-e-Mohammad.
The Army also said that 478 ‘ceasefire violations’ have taken place along the Line of Control this year. In 2018, according to the Indian Army, 1629 violations took place.
Earlier the police said that the “key conspirator” of the Pulwama bombing Mudasir Khan was killed in the Tral gunfight on Monday.
He said that both the slain militants were affiliated with militant outfit JeM and were wanted by law for their complicity in a series of cases including attacks on security establishments.
The tensions between India and Pakistan escalated following the Pulwama attack on a CRPF convoy in Jammu and Kashmir, which killed 49 CRPF personnel and which was claimed by militant outfit Jaish.
Following the attack, the Foreign Secretary of India had said on Tuesday that they have ‘struck the biggest camp of Jaish-e-Mohammed in Balakot in the pre-dawn ‘preemptive strikes across the Line of Control’.
“India struck the biggest camp of Jaish-e-Mohammed in Balakot and a large number of militatns, trainers, senior commanders and groups of jihadis planning terror strikes were eliminated,” Foreign Secretary Vijay Gokhale had said.
Gokhale had added that India’s “non-military preemptive action” was specifically targeted at the Jaish-e-Mohammed camp.
“Credible intelligence was received that Jaish-e-Mohammed was attempting another suicide terror attack in various parts of the country and Fidayeen jihadis were being trained for this purpose,” he had said.
“India has given proof many times seeking action against Jaish-e-Mohammed and others at terror camps so big, that they can train hundreds of jihadis and terrorists at any given time. But due to Pakistan’s inaction, this step was necessary and had to be taken,” he had said.