40 children among 139 Palestinians killed by Israel in Gaza 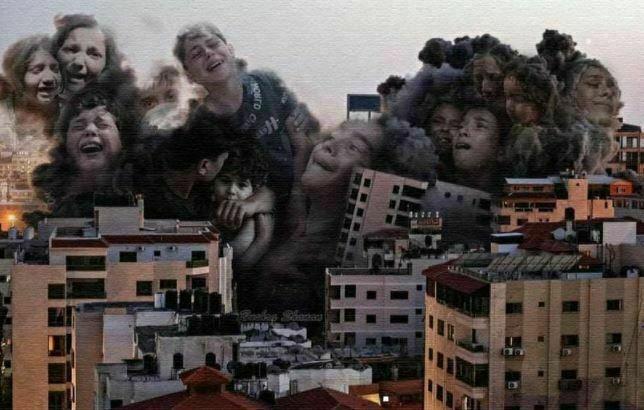 Israel has killed at least 139 palestinians, including 40 children, in the Gaza Strip since Monday, media reports said.

Some 950 others have been wounded. In the occupied West Bank, Israeli forces have killed at least 11 Palestinians protesting against continued Israeli occupation and the ongoing bombardment of Gaza. Confrontations between Israeli police and Palestinian demonstrators continued into the night in occupied East Jerusalem.

Israel’s bombardment of the Gaza Strip continued for a fifth consecutive day, with Israeli air raids hitting a refugee camp where at least 10 Palestinians, including eight children, were killed.

In the early hours of Saturday, rescue workers were still trying to pull bodies from under the rubber as more people are believed to be dead. Hamas, the group that controls the besieged enclave, responded to the latest attack by firing a barrage of rockets towards the southern Israeli towns of Askhelon and Ashdood. No casualties were reported.