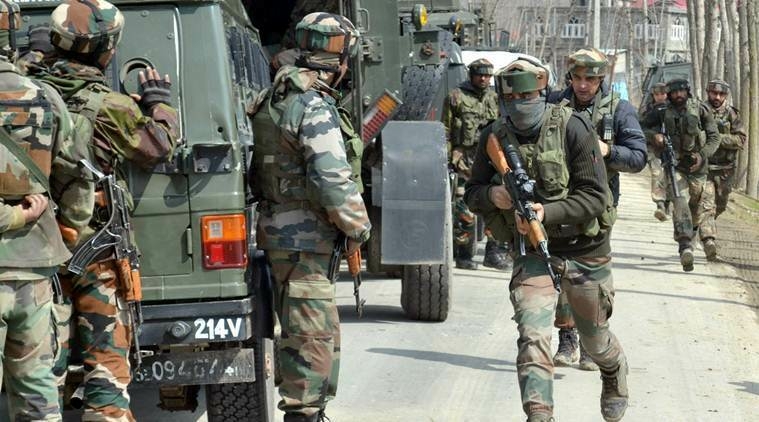 The incident took place when unidentified militants attacked 92 battalion CRPF (A Coy) party at Wangam at around 5:32 pm. In the attack, two CRPF men were killed on the spot while several others suffered injuries and later one among them succumbed to the injuries on way to the hospital.

The paramilitary personnel retaliated and the exchange of fire continued for around five minutes, reports coming from the area said.

As the guns fell silent, one more body was spotted, around half a kilometre away from the shootout site. The slain was identified as 14-year-old boy Hazm Shafi Bhat, a student of 7th standard, of Khipora village.

“He along with other boys in the area had taken animals for grazing. While others fled, he could not as he was physically handicapped. He could not even properly talk and would occasionally fell down,” Mohammad Rayeez, his immediate neighbour told GNS.

“He could not properly walk or talk. How can he be a militant!,” Bhat said.

PRO CRPF Kashmir Assistant Commandant Junaid Khan told GNS that militants attacked the CRPF party at Wangam. “In the attack, three CRPF men were killed, two of them on the spot and another on way to the hospital,” he said.

A police officer confirmed that the boy was killed in “cross-firing”. The officer identified the CRPF men killed in the attack as Constable Santosh Mishra, Constable Chandra Shekhar and Ashwani Kumar Yadav.

Soon after the attack, additional reinforcement of army, SOG and CRPF rushed to the spot and launched a massive search operation to trace out the fleeing militants.

When reports last came in, the search operation was going on in the area. (GNS)