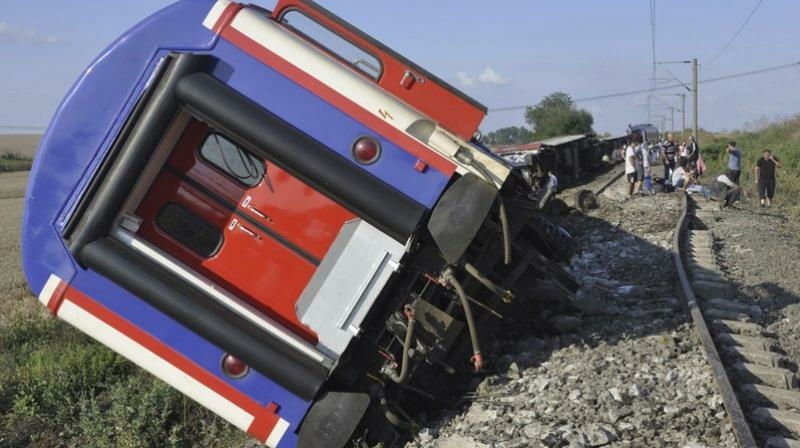 Istanbul: 24 people were killed in the derailment of a passenger train in northwestern Turkey, said a top Turkish official.
Deputy Prime Minister Recep Akdag said that heavy rain had caused the ground under the rails to collapse, causing Sunday’s crash.
The train was heading to Istanbul from Edirne, on the border with Greece, with 362 passengers and six crew members on board. Five of its six cars derailed.
Health Minister Ahmet Demircan said 318 were injured, with some 124 of them still being treated in hospitals.
Transport Minister Ahmet Arslan said seven other trains had used the route earlier Sunday but the rain caused “extraordinary swelling.”
Judicial and administrative investigations were launched.
A media ban issued Sunday by the government, citing national security and public order, was lifted Monday.