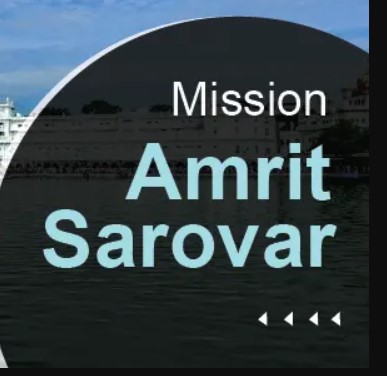 SRINAGAR, OCTOBER 16: J&K has not only achieved the milestone of being first to establish at least 75 Amrit Sarovars in each of its districts as per the aspirations of the Prime Minister, Narendra Modi but also achieved more than the target set for two years.

According to official details, the UT has completed the work on 1953 Amrit Sarovars and figures at 2nd rank in terms of completion of Amrit Sarovars featuring just after the much bigger state of Uttar Pradesh.

The UT of J&K had started implementing the scheme in a mission mode and a UT level committee under the chairmanship of Chief Secretary with the participation of departments like Forest, Culture, Revenue, Jal Shakti was constituted for apex level monitoring and implementation of the scheme.

The UT is endeavouring to create and beautify more Amrit Sarovars and the Finance Department has released Rs 50 crore for the rejuvenation /creation of these Amrit Sarovars.

Notably, the Mission Amrit Sarovar was launched by Prime Minister on National Panchayati Raj Day on 24th of April this year in Palli Gram Panchayat in District Samba of J&K and at the national level, Palli Panchayat had taken a lead by rejuvenating the existing pond (Sarovar) in the village to coincide with the visit of the Prime Minister on April 24, 2022.

Each of these Amrit Sarovar have an area of one acre with a water holding capacity of 10,000 cubic meter.

As per official details, Amrit Sarovar Mission across the country has been launched with a whole of government approach in which 6 ministries or Departments like Department of Rural Development, Department of Land resources, Department of Drinking Water and Sanitation, Department of Water resources, Ministry of Panchayati Raj, Ministry of Forest, Environment and Climate changes will be the partners. Apart from these departments, Bhaskaracharya National Institute for Space Application and Geo-informatics (BISAG-N) has been engaged as a Technical partner for the Mission. The mission works through the States or UTs and districts, refocusing on various schemes such as Mahatma Gandhi NREGS, XV Finance Commission Grants, PMKSY sub-schemes such as Watershed Development Component, Har Khet Ko Pani besides States or UTs’ own schemes. The Mission also encourages mobilisation of citizen and non-govt resources for supplementing these efforts. People’s participation in the Mission is the focal point.Local freedom fighters, their family members, martyr’s family members, Padma awardees and citizens of the local area wherein an Amrit Sarovar is to be constructed were engaged at all stages.

All the Amrit Sarovars were completed in a planned manner with the use of technology at every stage of the execution. Water structure Users’ Associations were also formed and imparted required training for better development of the Amrit Sarovars.