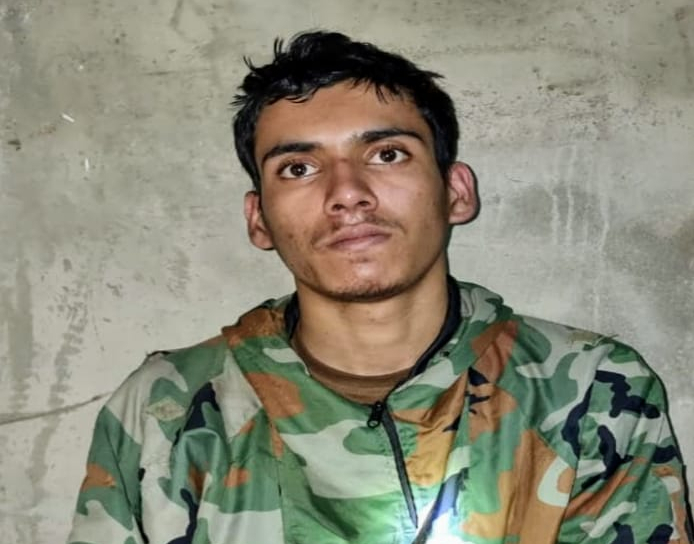 Srinagar: Army Tuesday said that it foiled an infiltration bid along the Line of Control in Uri sector during the intervening night of September 18-19 and similar such attempts to cross over were made by “Pakistani terrorists”.

“Taking advantage of dark night, uneven ground, bad weather and thick undergrowth, Pakistan harboured terrorist group Lashkar-e-Toiba attempted to infiltrate six terrorists from the general area of Pakistani post Jabri. During the infiltration attempt, while two terrorists were crossing the LoC, own patrolling party established contact with them. Taking advantage of the thick undergrowth, four terrorists ran back towards the POK side of LC while remaining two terrorists managed to enter into own area,” an Army spokesperson said in a statement.

Additional forces were inducted and multiple patrols were launched in the suspected areas and the getaway routes were blocked, he added.

“On the night of September 25, contact was again established by one such patrol with the terrorists approximately 800 meters inside the LoC. Eventually by afternoon of September 26, one Pakistani terrorist Atiq ur Rehman @Qari Anas, belonging to Distt Attock in Punjab (Pakistan) aged 33 years was eliminated. The second Pakistani terrorist, Ali Babar Patra, 19, son of Late Mohd Lateef r/o Dipalpur, Distt – Okara Punjab (Pakistan), appealed to surrender and was captured alive without causing any harm to him,” the spokesperson said.

Indian Army, he said, “does not differentiate between local terrorist or Pakistani terrorist, if the terrorist is willing to surrender”.

“The route taken by the terrorists to infiltrate was from Sawai Nala Terrorist Camp to Hallan Shumali Launch pad to Jabri, leading into Salamabad Nala. It is pertinent to mention here that, it was along Salamabad Nala through which terrorists infiltrated in 2016 with the help of Pakistan Army and carried out suicide attack on Uri Garrison,” he said.

According to the spokesperson, the surrendered terrorist revealed that his group of six primarily belonged to Pakistani Punjab.

“The surrendered terrorist belongs to Dipalpur in Dist Okara. He was misguided and lured into joining LeT due to poverty, having lost his father early.  His family in Dipalpur consists of his widowed mother and an adopted sister. The family belongs to lower class barely managing to make both ends meet,” he said.

To escape poverty, the individual, as per the Army spokesperson, left schooling from Govt School after class seven.  He underwent three weeks of preliminary training at the Garhi Habibullah Camp (KPK) in 2019 followed by refresher training in 2021.  Most of the instructors being employed for physical and weapons training were Pakistan Army personnel.

“As per the surrendered terrorist, Atiq ur Rehman had given him Rs 20,000/- for his mother’s treatment and had promised to give him additional Rs 30,000/- on safe return from Pattan near Baramulla, where the group was to deliver the war like stores. However, it is evident that it had more nefarious designs which even the surrendered terrorist is unaware of,” the spokesperson said.

“The false and fake narratives of ‘Islam being in danger’ and perceived killing including the atrocities being committed against the Muslims in Kashmir was the main theme of indoctrination during the training.  Possibly, the surrendered Pakistan national was coerced and lured into joining the terrorists ranks due to his poor financial condition.  Apparently, his appeal for surrender, as soon as his mate was killed, highlights that he was not convinced about the Jihad narrative,” he added.

Kashmir Valley, the spokesperson said, “is returning to peace, much to the discomfort of Pakistan and its proxies”.

“The infiltration bids indicate Pakistan’s desperate attempts to sustain cross border terrorism and bring in weapons to orchestrate violent incidents in the valley by hiring mercenaries from Pakistani hinterland of Punjab,” he said.

“Pakistan Army’s connivance in abetting infiltration continues, as it is difficult to attempt crossing the Line of Control without active support of local Pakistan military commanders. As per the surrendered Pakistan national, the group of six terrorists crossed the LoC fence in the shadow of forward Pakistani post Jabri. It is important to bring out that in last week, a total of seven terrorists have been neutralised and one terrorist apprehended, including five along the LoC,” he said.