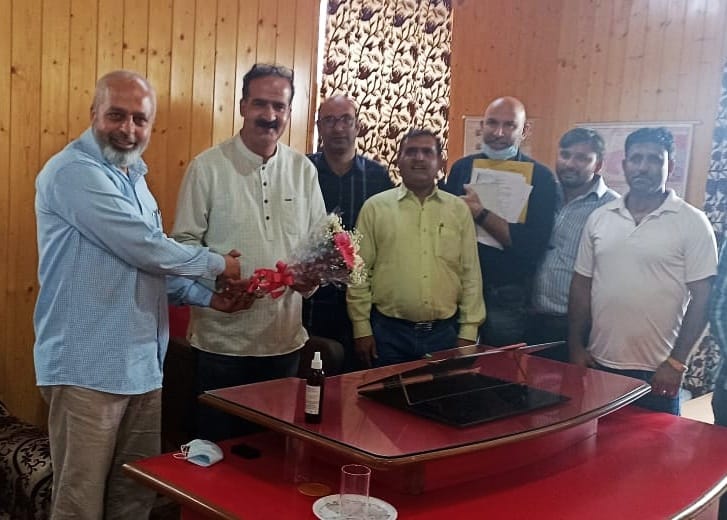 According to the ministry’s order No. A-32013/2/2022-IIS/522, dated July 20, 2022, the officers have been promoted in the Pay level 12 of the Pay Matrix of the 7th CPC on regular basis for the panel year 2022 with effect from the date of assumption of charge of the new post. They will be designated as Joint Directors in their respective media units.

Earlier through another Order No. A-22013/1/2020-IIS/501 dated July 7, 2022, the ministry had transferred 50 IIS officers throughout the country including Neha Jalali JD CBC (Central Bureau of Communication) Jammu, Ghulam Abbas, and Tariq Ahmad Rather Deputy Director (M&C) PIB Shimla from J&K.

Consequent upon the promotion of Ghulam Abbas as Joint Director and his posting as Head of Regional Office, J&K, and Ladakh, Central Bureau of Communication Jammu, he has been relieved from Srinagar to join the new place of posting while Tariq Ahmad Rather has taken over as HoO PIB J&K and Ladakh.

It is worth mentioning that Ghulam Abbas has served in PIB Srinagar and Dehli for 14 long years.