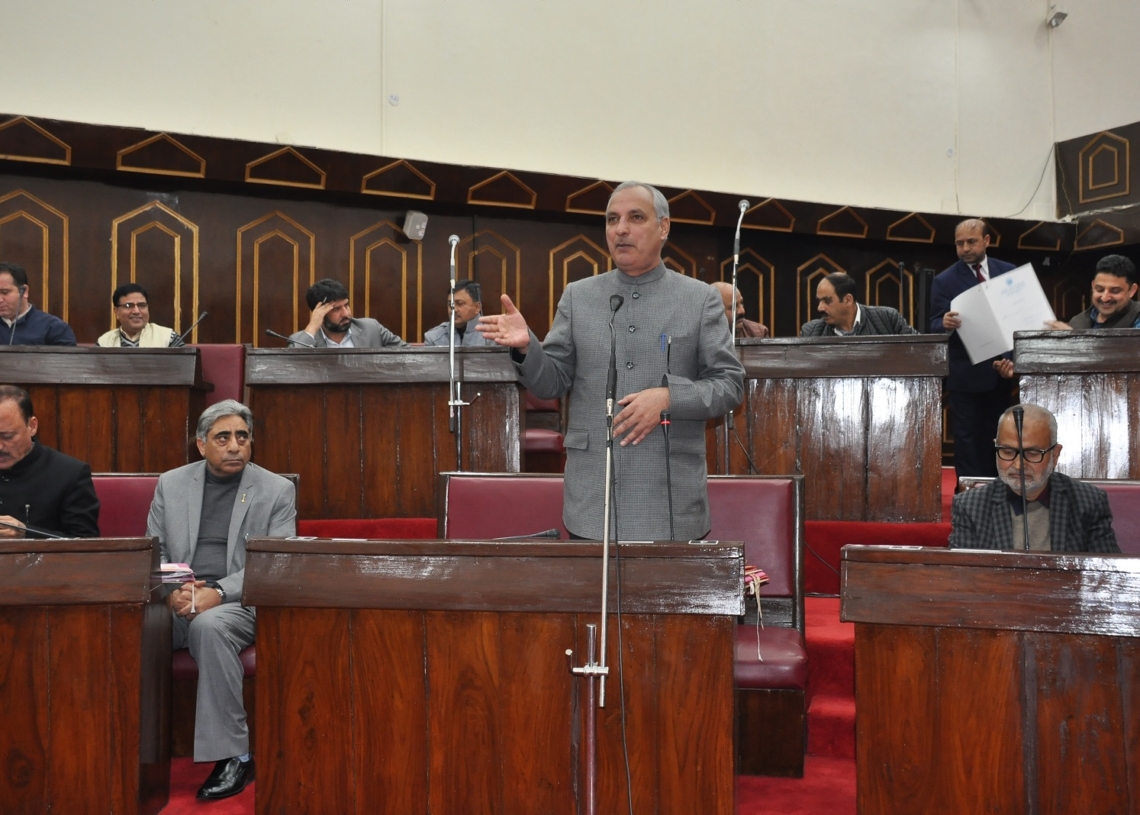 JAMMU, JAN 30: Minister for Revenue Abdul Rehman Veeri informed the House that the digitization of land records taken up under Digital India Land Record Modernization Programme is apace in the state government.
Replying to a question of Ajatshatru Singh, the Minister informed that digitization of 164.61 lakh revenue documents, 39920 revenue maps and 1,147 maps have been completed. He further informed that the department has established 4,594 Ground Control Points for conducting survey/re-survey in the state.
Giving further details, the Minister said 22 Modern Record Rooms have been constructed at tehsil level while as the work on seven such rooms is going on. He said the computerization of five pilot villages including Kreeri, Tress Pone, Dhan Masta, Bijbehara and Dara Dulian was completed in July, 2016.
Legislators Naresh Kumar Gupta and Ramesh Arora also raised supplementary questions related to the main question.
Replying to a separate question of Vikram Randhawa, the Minster informed that there no occupant has been vested ownership of 100 kanals or more land under J&K State Lands (Vesting of Ownership to the Occupants), Act, 2001.
Giving details, the Minister informed that 172244 kanals have been regularized/mutated under the Act for which Rs 7691.07 lakh has been realized.

Reservations provided to border people as per rules: Sajjad Lone