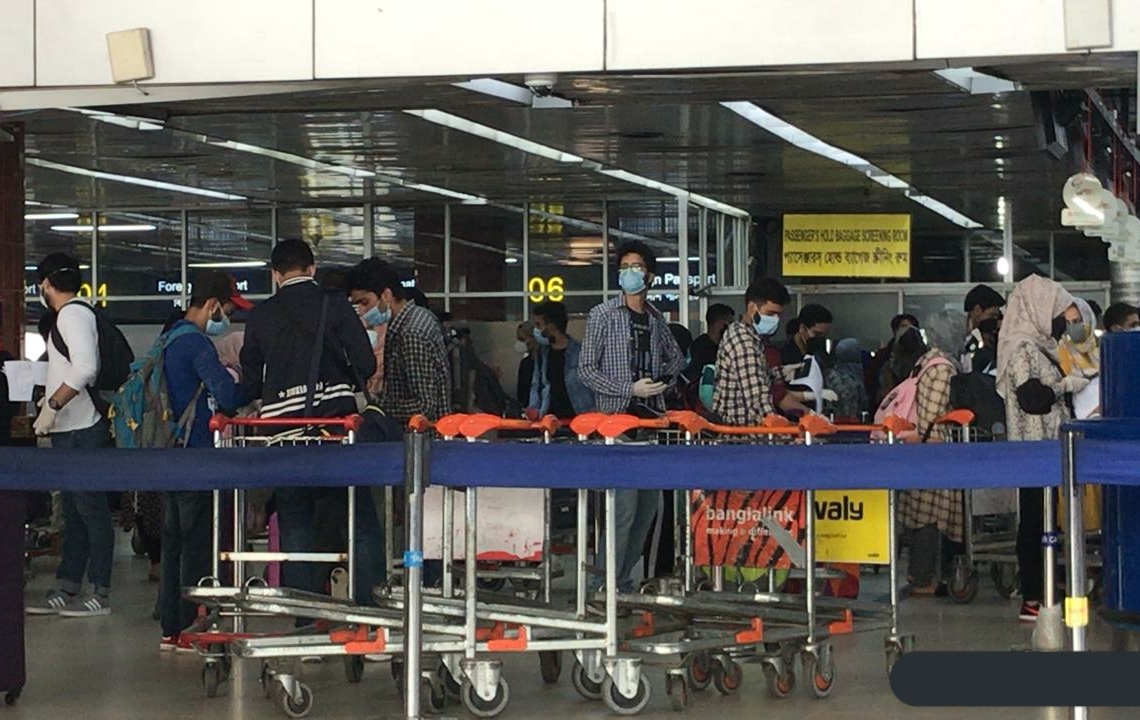 Srinagar: The government Friday said that the first flight with over 160 students from Bangladesh is set to land in Srinagar later today.

The students have landed at Delhi airport earlier today.

More are expected to land in India next week.

Profound gratitude to Indian High Commission in Dhaka for tremendous efforts. First Airplane on way to Srinagar. More to follow. For convenience of students –bulk tickets next. Thanks for your nice messages. Govt putting in all efforts,” tweeted DC Srinagar Shahid Choudhary.

Meanwhile, government said that return of stranded people in other states of India too has picked up pace.

“Nearly 2800 arrived yesterday via Lakhanpur. Over 3000 students, labourers, others from Pb, HP, Chd, HY, UK expected today. Total number of returnees now over 33000. THANK YOU all for your patience and cooperation,” Kansal said in another tweet.

As already reported by The Kashmir Monitor on Thursday, apart from the ones brought back, there are still over 40,000 Kashmiris stranded in various parts of the country.

While those in north Indian states are being brought by buses, the government is mulling to start special trains to bring back those stranded in far off states.