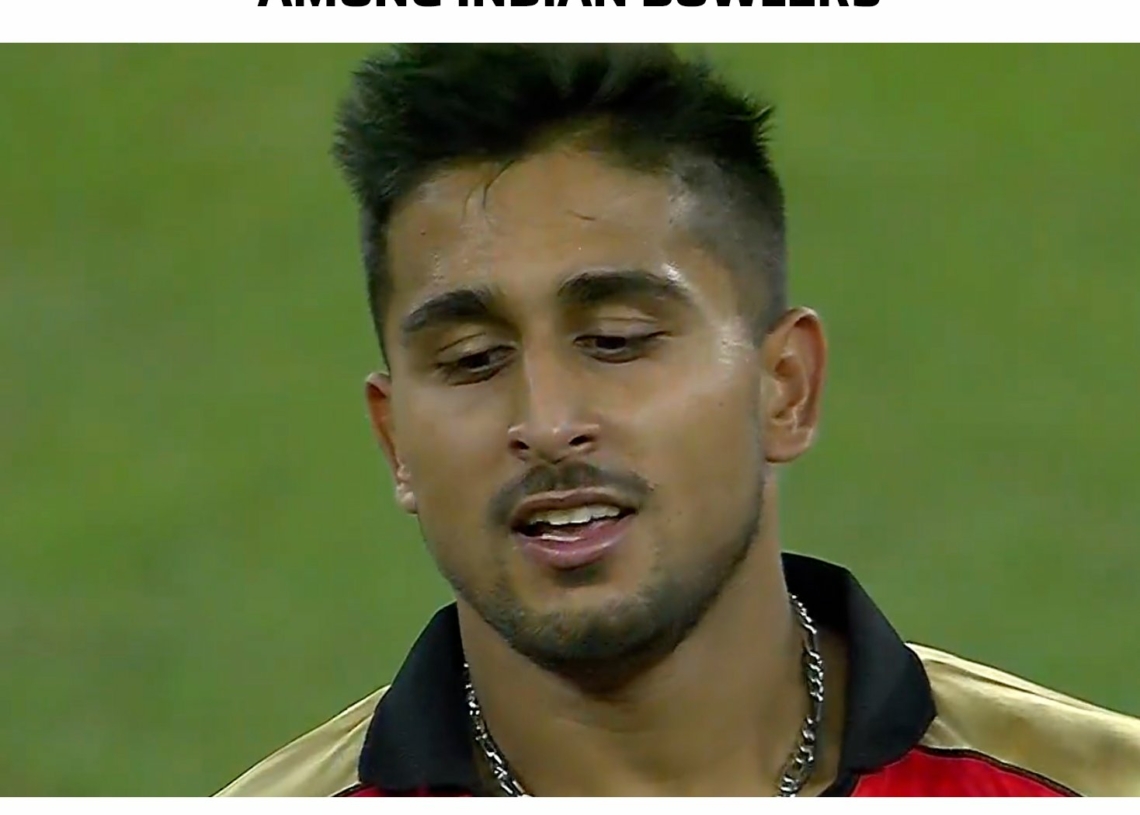 What can only be called as an emphatic announcement to the world of cricket, J&K born pacer Umran Malik Sunday clocked 150 kph in his very first over he delivered against Kolkata Knight Riders.

It was the fastest delivery of this IPL season.

The match is being played at Dubai International Cricket Stadium.

Bowling to Shubman Gill, Umran’s third delivery of the over clocked 150 kph impressing the commentators.

“Where has this guy been,” exclaimed Pommie Mbangwa, the Zimbabwean cricket commentator and former pacer from the commentary box after Umran delivered the snorter.

Last month, Umran was picked by Sunrisers Hyderabad as a short-term replacement for the second leg of Indian Premier League (IPL) 2021 in the UAE.

The 21-year-old J&K pacer replaced T Natarajan who, according to reports, tested Covid-19 positive in the bubble.

Umran, in the first two overs, consistently hit 140kmph surprising all and sundry.

Commentator Harsha Bhogle tweeted: “Good to see a young man like Umran Malik with some serious pace about him.”

“Umran Malik…impressive first over and has already bowled the fastest ball by an Indian in #IPL2021,” tweeted commentator and former cricketer Aakash Chopra.